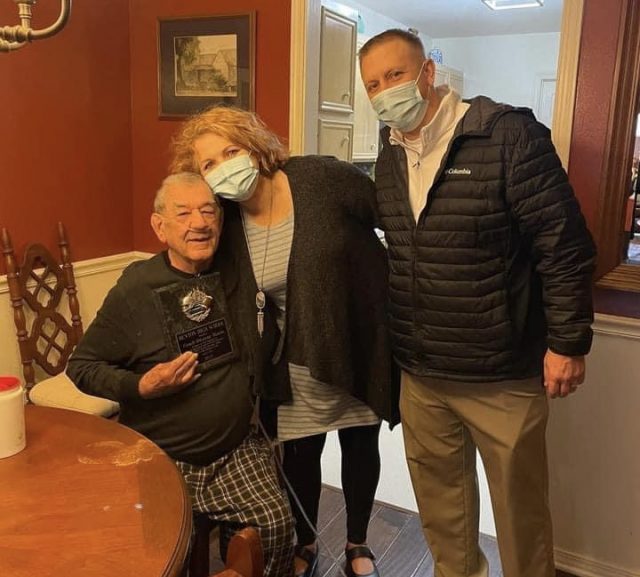 The Bossier Parish School Board approved a motion to rename the Benton High Newman-Mason Field football stadium to Tiger Stadium at its meeting Thursday night.

Mason served as Benton’s head football coach from 1977 to 1984 after replacing Newman.

An alumnus of Cotton Valley High School, Mason graduated from Louisiana Tech and earned a master’s degree from Northwestern State.

After leaving his position as head football coach, Mason became administrator of Bossier Parish and director of the Bossier Achievement Center.

He was unable to attend Thursday’s board meeting due to a medical condition, according to his daughter, Angela Mason McCullough, a teacher at Benton.

In a brief statement at the reunion, she said her father had continued to attend Benton football games until recently.

“There is no bigger Benton Tiger football fan than my dad,” she said. “He is delighted and we are delighted.”

Newman, who died in 2002, was originally from Ponchatoula and lived in Benton for the last 35 years of his life.

He was a World War II veteran, serving in the Navy.

A four-year football player at Louisiana Tech, he was an all-conference defensive end in 1942, 146, and 1947. A member of the Louisiana Tech Athletic Hall of Fame, Newman was captain of the 1947 team that won Louisiana Intercollegiate Conference. Title.

He was drafted by Washington in 1948 but an injury forced him to end his playing career.

He taught and coached for 33 years in Lake Providence, Winnfield, Benton and Trinity Heights. His record was 202-127-7 with multiple district championships and playoff appearances.

His last team in Benton won the 1976 District 1-AA Championship.

Just before Newman retired, former Press-Tribune Jerry Byrd wrote the following in a column for the Shreveport Journal.

“Newman is one of the last members of a dying breed – a throwback to the days when giants walked the sidelines and stood tall among crew-cut boys.”

Benton’s head football coach Reynolds Moore and manager Teri Howe visited Mason on Thursday and presented him with a plaque acknowledging the name of the field.

“Coach Mason and Coach (Mitch) Downey meant a lot to me during the 9 years I coached at Benton. I never had the chance to meet Coach Newman, but his legacy lives on. perpetuates through those who have played for him.

I can’t imagine there is another living human being who loves Benton more than Coach Dwayne Mason. It bleeds purple and gold to the core. He loves this school and this community like no one else I have ever met.

I am grateful to have had his support and to be able to call him and ask him about the traditions in Benton.

I’m so grateful that I was able to go today and let him know that his name would be permanently on our land. I can’t wait to practice my next match on the Newman-Mason field. Thank you coach for setting the standard. I love you and our program is grateful to you.