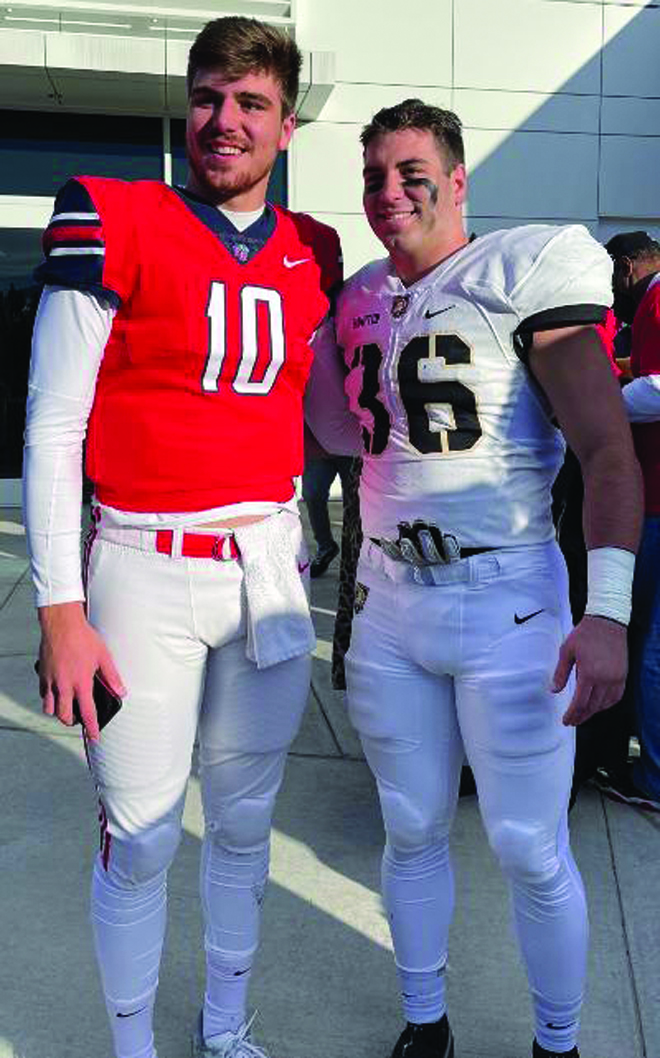 The Army-Liberty game on November 27 was something special for the Hampton family.
On the military side, you had Peyton Hampton, a junior linebacker / special teams player who graduated from Davie in 2019.
On the Liberty side, you had younger brother Nate Hampton, a freshman quarterback, and a 2021 Davie graduate.
On the military side, you had Mother Lori.
On the Liberty side, you had Father Ryan.
â€œLori was sitting on the Army side and I was on the Freedom side,â€ Ryan said. â€œNathan got all the tickets for my family and Peyton got all the tickets for Lori’s family. We had 30-40 family members there. It was very fun.”
The Hamptons had special T-shirts made for the occasion.
â€œI wasn’t wearing anything that said Army or Liberty except the t-shirt we made,â€ Ryan said. â€œThere were their names with their numbers and the Liberty logo and the Army logo. I had two shirts made for that.
â€œESPN showed (Peyton and Nate) before the game talking. They had made posters and ESPN displayed them in the stands. They showed my youngest daughter Lauren holding it.
“Nathan invited Peyton to come over when Liberty prayed in the end zone before the game, but he couldn’t get there because the group was on the pitch.”
The day belonged to the Black Knights, who took advantage of a dominant first half (24-3 at half-time) to win 31-16 on Liberty.
â€œI applauded on both sides,â€ Ryan said. â€œI was surprised that the military was pouncing on them like they did – 24-0 at one point. I was really surprised by this. The military is so disciplined. I guess Liberty thought they could open it on them, but they couldn’t.
Both teams will play in boules. Liberty’s regular season ended at 7-5. Army (8-3) plays Navy on Saturday before getting ready for their bowl.