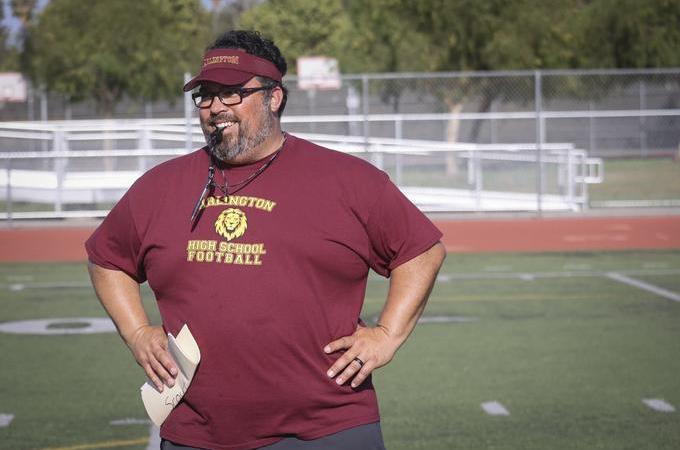 Kevin Argumosa ’22 (MALT) has a motto: trust the process. As a history teacher and head football coach at Arlington High School in Riverside, Calif., it’s a mindset he urges his students to adopt.

“Life throws curveballs at you. Sometimes the path you want to take is not available. You have to keep working in the right direction to get where you want to go,” he said.

Argumosa uses this approach on the field of play as well, and it has paid off. In 2021, Arlington signed him six weeks prior for the first league game of the season. The college football team went on to win the California Interscholastic Federation (CIF) championship titles for Division 13 and Southern Regional Division 6A and made it all the way to the state championship finals.

Although this was his first season at Arlington, Argumosa is a veteran coach who launched his career in 1998 after suffering a sports injury. Because school and football were always closely linked throughout his life, an interest in teaching naturally blossomed.

“Playing football was always my outlet and that’s why I continued in school,” he said. “I loved the game because of what it did for me in my life, and I got a taste of what it meant to be a good coach and teacher.”

When it came time to get a graduate degree and a teaching degree, Argumosa turned to the University of Redlands School of Education because he had heard about it from others. former players and teammates. When he learned he could take in-person classes at the Rancho Cucamonga campus, he applied for the Learn and Teach program. 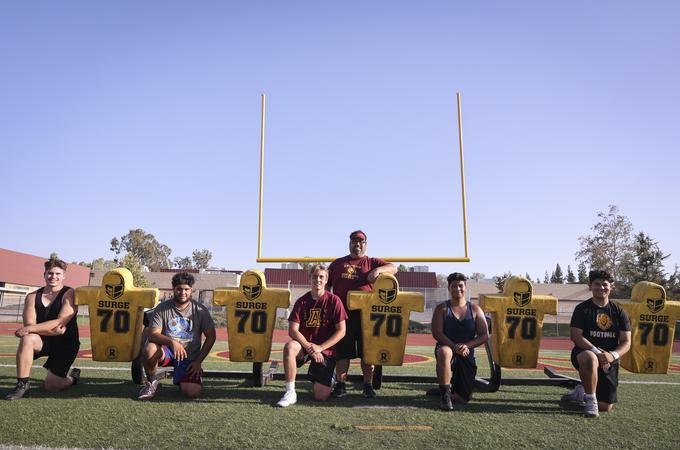 Much like players on a team, he says his cohort worked together and encouraged each other through tough classes and projects, graduation exams and even life events, like weddings and births. Faculty and staff from the School of Education also accompanied them every step of the way. Professors Anne Castagnaro and Santos Campos stand out: Castagnaro for his help, patience and willingness to make sure he grasps the concepts, and Campos for pushing him to think outside the box. Academic Council Deputy Director Natalie O’Harra stood up for Argumosa and her classmates, devoting her time to answering all of their questions.

The collaborative spirit of his cohort is Argumosa’s fondest memory of his time at Redlands. “It felt like we were a family; we took care of each other. That’s the feeling I felt at Redlands, and that’s what I still feel, enough to send two of my senior graduates to play football there,” he said.

Argumosa graduated from the program having developed a new sense of self-confidence. He is confident that there is nothing wrong with not knowing everything; he believes in learning from others and their unique experiences. It’s the same perspective he wants his high school students and athletes to cultivate. Growing up in Los Angeles as the son of immigrants, Argumosa relates to the challenges they face.

“It’s all about trust,” he said, recalling recent interactions where he helped students identify career options. “Just because you come from a tough neighborhood or a low-income area doesn’t mean you don’t have opportunities. Let’s create opportunities and use the avenues available to us to succeed. Whether it’s through trade school, college, the military, or another career, it’s about guiding kids on a path to greatness.

Learn more about the School of Education.