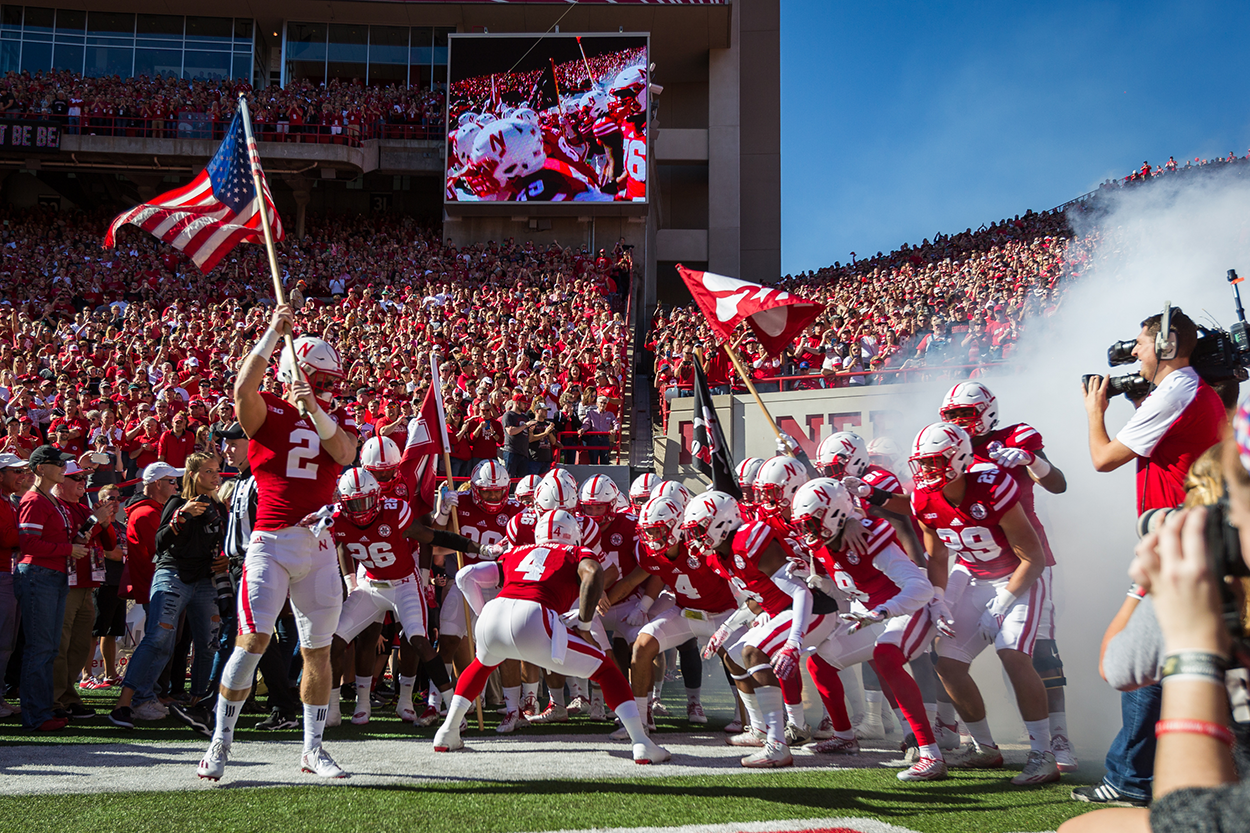 Nebraska football hasn’t topped .500 since 2014, but the Cornhuskers are hoping this is the year the streak changes. And when they take to the pitch for their first home game on September 3, they will do so on brand new turf.

Memorial Stadium began the process of replacing its natural grass surface with turf on April 11.

The field hadn’t been replaced since 2013 and was long overdue for an upgrade. Rather than installing new natural grass, Nebraska decided to deploy artificial grass.

Less than a month into the process, it was completed on Monday morning and the team shared the first glimpse of the fully finished product.

While there will always be a grass versus turf debate (I for one would prefer the game to be played on the real thing), the new pitch looks great. It’s clean, fresh and ready for the season.

In addition to the aerial look at Memorial Stadium, Nebraska shared a time-lapse of how the field went from grass to turf. It was a really unique look at what it takes to do that.

After rolling up most of the grass, a thunderstorm came and delayed the process. But the sun finally came out and they did.

The most interesting part of the time-lapse comes after the turf has been put in place. There are all sorts of intricate details, like numbers and sharps, that need to be painted afterwards.

Will the new turf help Nebraska turn things around? Only time will tell.