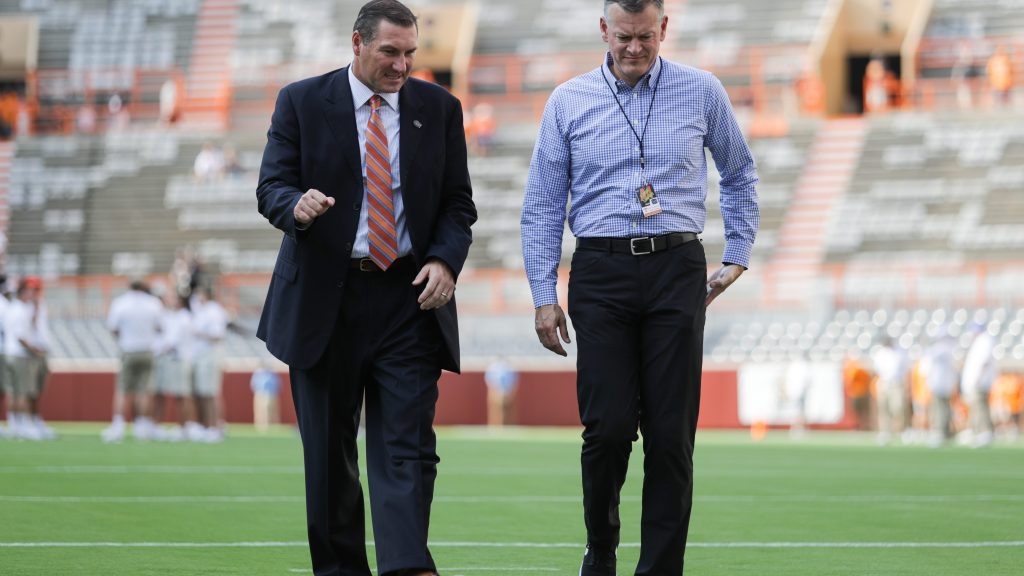 Let me start with a warning: I am 100% Florida Gator through and through. My paternal line has passed through the University of Florida for four generations; I was born in Gainesville; my first spoken sentence was â€œGo Gators! I’ve been through many ups and downs over the past four plus decades, from the deepest of the bitter 80s to scandal, to the peak of the mid-years. I’m bleeding orange and blue.

But lately it has become more and more difficult to appreciate my undergraduate alma mater. First, three (maybe four) university professors have recently been forbidden by the school to provide expert testimony in a voter rights lawsuit, which doesn’t suit me. Then there’s the medical school’s involvement in hiring anti-vaxxer Dr Joseph Landopo as the state’s general surgeon, which has roots that stretch all the way to Criser Hall.

These parodies overshadow the women’s basketball abuse scandal involving her former head coach. There were also times during the COVID pandemic where I found myself concerned about who was running the show at my beloved university. Things are not great, Bob!

The latest issue is a lot less serious than the aforementioned topics, but gets a lot more fan attention, and that’s the state of affairs with the football team – in particular, head coach Dan Mullen and his staff. At the dawn of a season with mixed expectations and an incredibly difficult schedule, it might not be unfair to suggest that the fourth-year skipper had a Sisyphean task ahead of him.

But what worries me is not the results we saw, but the way the matches went, in addition to the rumbles from current and former players on social media, as well as the mother’s approach. from Mullen to recruiting issues. The problems quickly accumulated.

For me, it’s not just about Dapper Dan’s reluctance to give Todd Grantham the boot or take a more flexible approach in his game plan or even his penchant for putting his foot in his mouth when faced with questions. fair. It feels like it goes even deeper than the Ben Hill Griffin Stadium pitch, at the heart of the entire sports program – and possibly beyond.

I spoke with Pat Dooley, who has been covering the Gators for longer than many of our readers are alive, about the difference between former athletic director Jeremy Foley, who was responsible for the golden age of Gators sports, and the current AD Scott Stricklin. His simple answer was that the former focused on the staff themselves while the latter focused primarily on infrastructure.

Dooley’s observation touched me, as I had noticed a significant change in the overall philosophy of the sports department since the beginning of the Stricklin era. To be fair, Foley’s train had run its course by the time he retired in 2016, but it had already established Gainesville as a top destination for student-athletes – even though some of the facilities were behind schedule.

Note that this infrastructure gap in football and other sports has been reduced thanks to the efforts of the current AD, but with confidence in Mullen and his staff rapidly deteriorating, does that leave the department sports in better shape than before? Especially since football’s awe-inspiring training grounds are designed explicitly to attract top-level high school talent, the head coach’s recent response to a press question about recruiting leaves one wondering if the reins are in good hands.

Going back to my previous point, the Stricklin era hasn’t really been fluid, especially more recently. He deserves little credit for the National Baseball Championship in 2017 because his predecessor hosted this program, and the same can be said of most other sports. The former Mississippi State AD inherited a job that involved immense inertia, which gave it a lot of leeway.

Now, five years later, Florida’s grassroots sport lags in recruiting, despite being in the national hotbed for talent due to staffing issues on the marsh’s fringes. Then when you consider the fact that legendary football coach Becky Burleigh has left what was essentially a permanent position at Gainesville for the pros, it raises another eyebrow, especially given the poor performance of the team from the incoming coach Tony Amato this season. And let’s be honest – Mike White didn’t live up to expectations on the floor with the men’s basketball program either.

It’s just the tip of the iceberg.

In September, former Gators Wire contributor Zachary Huber broke the story on the alleged abuse of former women’s basketball head coach Cameron Neubauer of players in Gainesville. It was later reported that Stricklin was aware of some allegations during the coach’s tenure but did not directly address them. Additionally, official statements made following the breakup story were unsatisfactory given the gravity of the situation.

Of course, Florida continues to rack up SEC and National Championships in sports like men’s tennis. But be honest, do you really watch these games and spend your money because of them? Sadly, what matters are the sports that pay for themselves and others, especially football and men’s basketball. And when these two are floundering like they’ve been, it’s not a good sign.

When I look at the gestalt of all these pieces, I get the impression that we are only scratching the surface of what could be a much bigger institutional problem. Maybe it doesn’t even stop at Stricklin, but goes all the way to President Kent Fuchs? The UF’s sixth-year chef began his stint at Gainesville in 2015 and was responsible for the hiring of Stricklin, which inevitably reverberates. Even considering a grace period of a few years for its influence to take hold … significant recruitments.

Hence my reference to the issue of freedom of expression which seriously rocked the institution last month: where there is smoke, there is usually fire. And right now that smoke is coming from the corner of University Avenue and 13th Street.