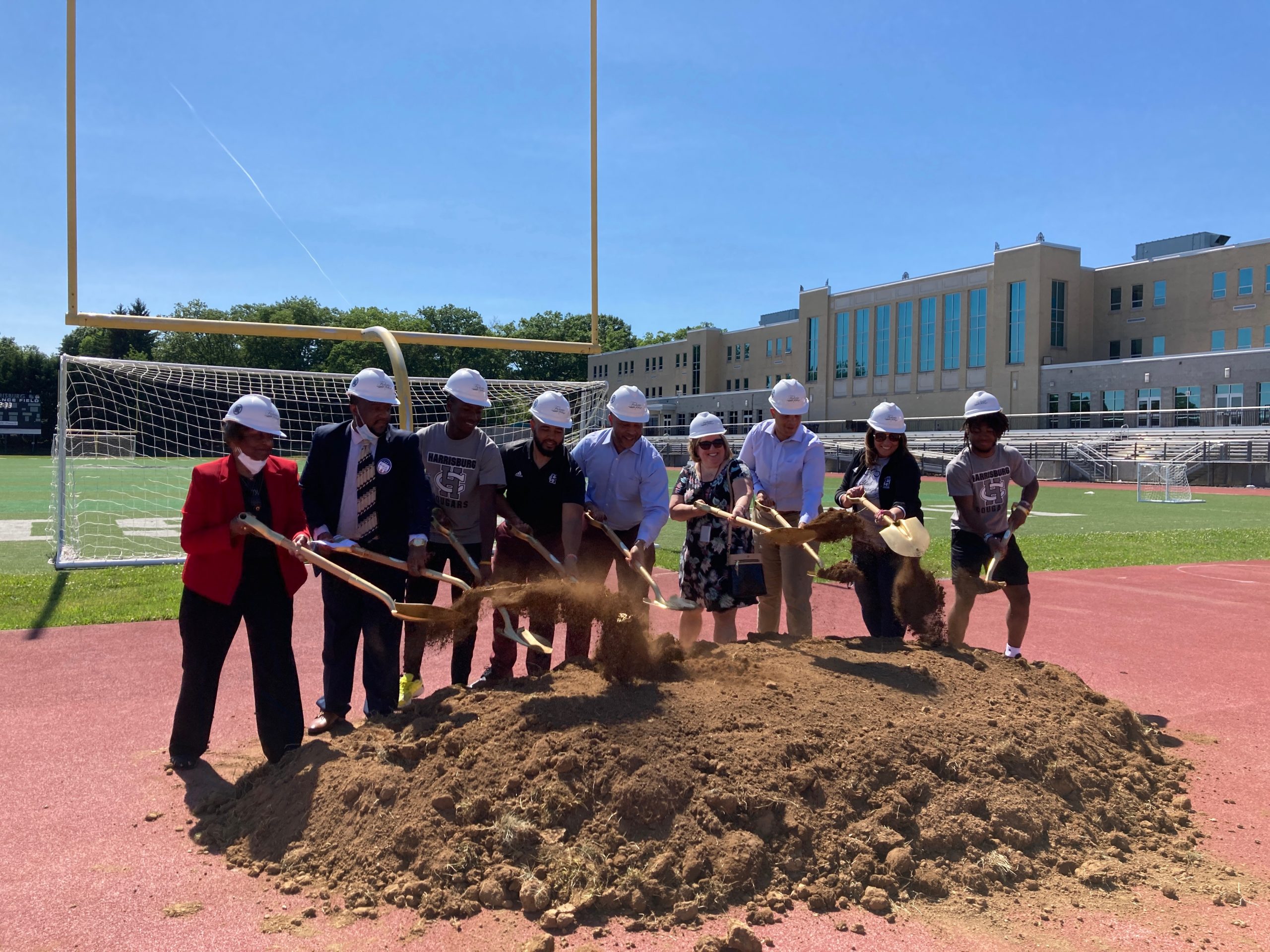 A major Harrisburg School District construction project is a hit in the eyes of staff and students.

“I’m thrilled that our students are finally getting what they deserve,” athletic director Calvin Everett said. “With these new facilities, the best is yet to come.”

Along with the new pitch and track, the neighborhood will add lighting to the stadium. Currently, the stadium has no lighting, which has restricted the use of the pitch after dark. Other improvements include the construction of new goal posts and soccer goals.

According to Everett, the field was last improved about 20 years ago.

The district is funding the $2 million capital project from its reserve funds. Everett said the field will be ready for use in the fall, although summer practices will have to be moved.

“We can’t wait for everyone to come back in August to see the finished product,” said district catcher Lori Suski.

Harrisburg football player Kyle Williams is looking forward to games at the new field for his senior year in the fall. In the past, the team was unable to have Friday night games like most school districts due to its lack of lighting, he said.

“It brings us a lot of joy to know that we will have this,” he said. “I’m really excited about the new area.”

At a school board meeting Monday night, Turman also announced the return of middle school sports to the district, beginning this fall. The district said it could offer soccer, cheerleading, wrestling, basketball, track and field, volleyball and soccer for students.

According to Turman, the groundbreaking of the Severance Field project is just another district initiative to improve programs for students.

“This is just one small step among many that we will take in the years to come to continue to be the pride of our district and our city,” he said.

If you like what we do, please support our work. Become a friend of TheBurg!