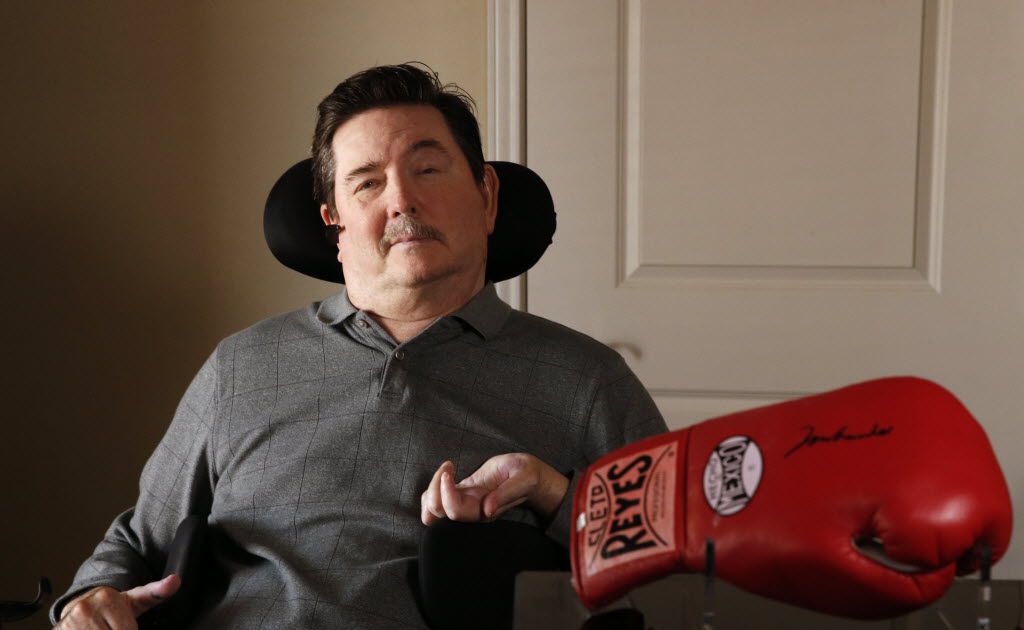 On “Red Right, Power 28,” the 39th and final reach of a lackluster TCU football career, Kent Waldrep had to walk around the corner, his coaches told him. He did not succeed. An Alabama defender met him at the line of scrimmage, then another and another until a wave of Crimson Tide players crashed into him, driving him headfirst into the unforgiving turf from Birmingham’s Legion Field on October 26, 1974. He never got up.

Hundreds of high school and college football players have been crippled before and since.

None were so great in the name of the dead.

Through his various foundations and tireless efforts, Waldrep, who died Sunday in Natchitoches, Louisiana, three days shy of his 68th birthday, raised tens of millions of dollars for spinal cord research. He helped draft the Americans with Disabilities Act of 1990, served at the request of two presidents on the National Council on Disabilities, and has personally lobbied nearly every president since.

Her cause became national in part because of the people who stood up for her. The first was Bear Bryant, who stood a few feet from Waldrep as he lay motionless at Legion Field. Bryant did not return to Tuscaloosa with the team after the game. He stayed in Birmingham all week. Over the next month, as doctors tried to stabilize Waldrep’s condition, Bryant returned frequently. At least once, he brought visitors: Charlie O. Finley, whose Oakland A’s had just won the World Series, as well as the new owner of the Yankees. At Bryant’s request, George Steinbrenner set up a fund to pay Waldrep’s medical bills and buy him a specially equipped van. Alabama Governor George Wallace organized a plane to fly the Waldreps back to Texas.

Alabama was good for Waldrep, even better than his own school and state, and that was mostly because of Bryant. Those close to him say the fate of two former football players has deeply affected Bryant. The first was Pat Trammell, quarterback for Alabama’s 1961 national championship team, who died of cancer at age 28, leaving a wife and two young children. Bryant launched a scholarship fund soon after to benefit the children of his former players.

Kent and Lynn Waldrep’s sons, Trey and Charley, were the first recipients of the scholarship outside of the Alabama family.

Waldrep did not hesitate to ask for help. He was so charismatic that people had a hard time saying no. In 1997, he invited Muhammad Ali on a month-long six-city tour to help raise funds for his foundation. Waldrep would call Ali “the most pious man I have ever met”.

Like the champion, who often called himself “pretty”, Waldrep took pride in his appearance. Prior to his injury, he cut a striking figure at 6-1, 190 pounds. He remained picky about maintaining what he could. Appearance matters in the fundraising business. The CEO of a Chicago-based rehabilitation institute once said The Dallas Morning News that Waldrep’s appearance put potential donors at ease, but he was more than a pretty face.

“He’s a remarkable guy,” said Lamar Hunt The news in 1987. “He contacted me and the cause was worth it.

“But Kent is the reason I continued my interest.”

Waldrep sparked worldwide interest in 1978 when, against the wishes of the American medical establishment, he traveled to the Soviet Union for three months of rehabilitation. Oxygen treatments, enzyme injections, and intensive physical therapy at an institute in Leningrad renewed the sensation or movement of his hands, arm, and chest and resulted in full bladder control. The experience crystallized his determination. Early in his rehab, a psychologist asked him what it would be like to realize that as a former athlete he would never walk again. Waldrep told him to go to hell.

It didn’t walk, but it resisted establishing when necessary. He sued TCU for workers’ compensation in 1997. Although he ultimately lost, his case became part of the basis for the sweeping changes that occurred a quarter century later.

“I want someone to step up and say we made a mistake with Kent Waldrep and we need to fix that,” he said. The New York Times in 1997. “But, more importantly, I want the NCAA to admit that it made a mistake all these years in failing to protect the kids who make millions of dollars and make college athletics possible.

“That’s what you should do.”

Fortunately, Waldrep lived to see the NCAA do the right thing. TCU too. His old school, with the help of Gary Patterson, raised money for a new van in 2013 after the first of several strokes that would eventually immobilize him.

Before those setbacks, when Charley was a sophomore running back at Celina in 2006, I rode a shotgun with Waldrep as we talked about life.

Central question: How could he, of all people, let his boys play football?

“I can’t limit their life,” he said, “because of something that happened to me.”

The first time his sons saw the piece he injured himself on was when he showed it to them. Charley was in sixth grade at the time. The 12-year-old was struck by the relatively routine tackling routine, given the aftermath, and the particular site of his father’s run.

“Something special to see,” Charley told me.

As college football players, Kent Waldrep was really nothing special. But even if he had been another Jim Brown, he might not have had the kind of impact he inspired. He knew it. Andy Gothard, a former Alabama defensive back who was on the field when Waldrep was injured, told the WVTM in Birmingham that his old friend considers himself lucky.

“If it weren’t for the injury,” Gothard told the TV station, “Kent wouldn’t have met his wife. … He wouldn’t have welcomed his sons and a loving family of footballers from Alabama.

“He would never have touched the millions of people who suffered catastrophic injuries.”

He gave them hope, and it didn’t stop on Sunday.