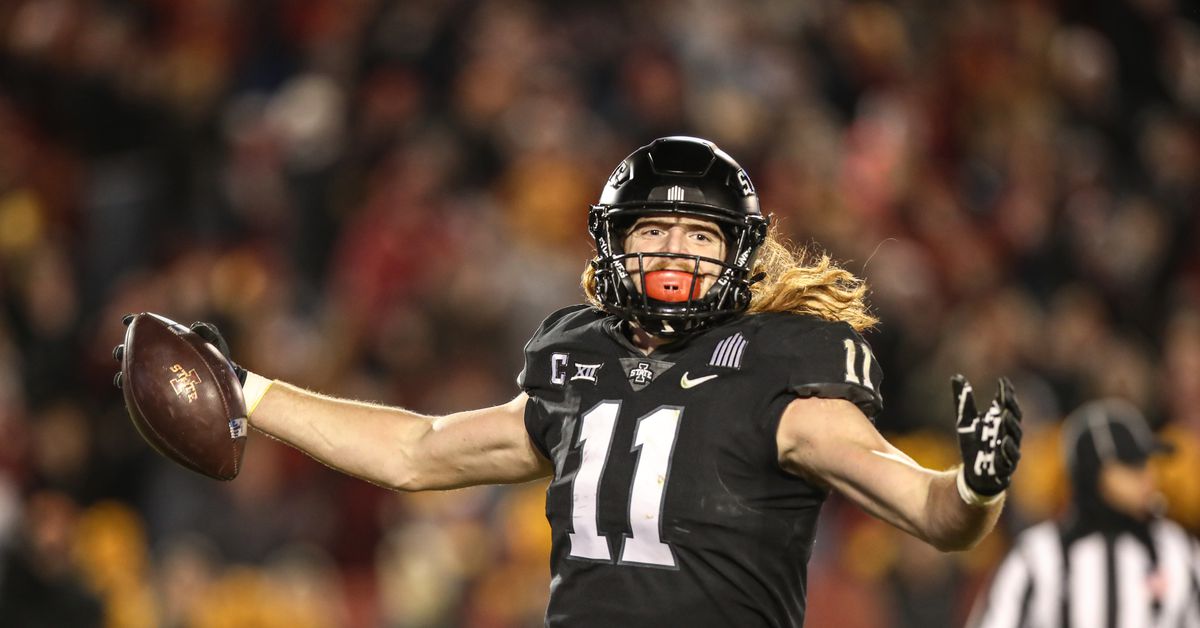 The last time we stopped…

Iowa State eliminated TCU 48-14 on Senior Day. It was an emotional day as some of the greatest Cyclones like Brock Purdy, Charlie Kolar, Mike Rose and Breece Hall played their final game at Jack Trice Stadium. Breece Hall finished with a career-high 237 yards, 4 touchdowns and the NCAA record for most consecutive games with a rushing touchdown. Brock Purdy also finished his career with an incredible 16-1 against Big 12 opponents at Jack Trice Stadium. Crazy stuff to look back on.

Clemson posted a 10-7 bowl record under head coach Dabo Swinney, including a 9-4 mark in its last 13 bowl games dating back to the 2012 season.

This is the first-ever meeting between Iowa State and Clemson. Iowa State will be the 107th different opponent of all time against Clemson. Clemson holds an all-time record of 64-38-4 when facing an opponent for the first time.

The Cyclones will have a huge hole to fill offensively. Iowa State star Breece Hall declared himself for the NFL draft on December 18 and will not play in the Cheez-It Bowl. His absence means the Cyclones will miss 50% of their touchdowns scored this season when they enter the field in Orlando. In his place will be Jirehl Brock, a redshirt sophomore who was actually the highest-rated running back coming out of high school between the two. Brock has been waiting for his moment behind Breece Hall and will certainly be looking to take advantage of the opportunity.

The Iowa State offense has certainly struggled at times this season to get the running game started. Even with one of the most talented running backs in the nation, Iowa State had times when there was no room to run against strong defensive fronts, which is exactly what Clemson will bring to the Cheez-It. Bowl.

With Iowa State ranked 10th nationally in yards per rush, it hasn’t been easy. The Cyclones found themselves pushed down the offensive line at times, which made it harder for running backs to find space. Clemson is one of the best in the country at stopping the run and they do it quite often. Not only will Iowa State have to get creative with their running scheme, but using different formations and additional blockers will be key.

Not only does Iowa State have to win upfront in run blocking, but they’ll have to protect and give Brock Purdy enough time to find receivers. I think Iowa State’s best chance to score on this Clemson defense is to use Brock Purdy’s connection to Charlie Kolar and create lags on Clemson’s linebackers. It’s also very daring to consider because Clemson’s defense is one of the best units against the pass. But when you have an All-American tight end, use it.

As I mentioned before, Clemson’s defense is outstanding. They are top ten against the run and the pass. Let’s take a look at the stats, shall we? Clemson ranks 5th nationally in yards given up per play at 4.3 yards. It should be fun. The Tigers are 7th nationally in rushing yards allowed per game at 2.9 yards and 100 total yards per game. It looks even more fun. Oh, not to mention they’re 9th nationally in passing yards allowed at 6.1 yards, and they trash you 9.35% of the time, which is 13th best in the nation.

If in fact Iowa State is unable to run the ball and Iowa State must throw to win, the Cyclones will have to slow Clemson’s pass rush. The Tigers are the fourth-best team in the nation to qualify for quarterback with just over 3 sacks per game. This will have to be the best pass protection Iowa State has had all season to keep Brock Purdy up.

Clemson’s vaunted pass rush is formed by young players up front and the one who stands out the most is second Myles Murphy. The star defensive end has seven sacks this season and has also shown his ability to disrupt passes by knocking them down the line. It will be a tough task for the two Cyclones tackles to keep it from gaining momentum.

The linebacking duo for Clemson is also phenomenal. Senior leader James Skalski and second student Trenton Simpson are leading the charge for the Tigers in the second tier. Their ability to take on Charlie Kolar and Chase Allen could very well end up deciding this matchup. Will be a fun game to watch all day.

Iowa State can score runs, but its ability to score runs on teams that stop the run is worrisome. We have seen it several times this season. Clemson isn’t giving up on anything and it’s going to be a tough day to score a lot of points. The key for Iowa State offensively is to do enough without making major mistakes. Clemson still has the better unit of the two here.

Isheem Young and others left the program and now Iowa State has some holes in its high school. Beau Freyler will be making his first college start after earning honorable mention All-Big 12 playing more snaps as the season progressed. The coaching staff is excited for Freyler, but it will be a test for him in extended playing time. His ability to help in the running game will be most needed tomorrow.

Clemson has struggled this season passing the ball and Iowa State is good enough to stop the run. The Tigers rank near the bottom of the FBS when it comes to passing the ball, which is why if Iowa State can stop the run and force DJ Uiagalelei to win the game, the Cyclones have a good chance of winning this game. The Tigers are currently down a few wide receivers and this could be a top pick for the Cyclones.

Clemson has been able to find some success on the field. They’re near the middle of the pack if your tier is attacking across the country, but at 4.5 yards per carry they were effective enough to help the Tigers win nine games. The rushing offense is led by freshman Will Shipley who ranks for 678 yards and 10 touchdowns this season.

The Clemson wide receiver room is thin. Justyn Ross, Clemson’s leading receiver, will miss the game due to surgery. EJ Williams is in COVID-19 protocol and Frank Ladson and Ajou Ajou entered the transfer portal a week after the end of the regular season. Difficult luge for an attack that is already struggling to pass the ball.

The Verdict – State of Iowa

The Cyclones will have to keep Clemson at bay as much as they can. They can’t let stupid mistakes happen again and allow the Tigers to do what they haven’t been able to do all season.

It looks like a game where special teams can be important. Iowa State improved in that department toward the end of the season, but they can’t afford a mistake now. Especially when both defenses control this one. The position on the field will be huge, whether to return it or not to give it up.

It’s going to be a defensive battle. Iowa State has the better offense of the two teams and their defense is good enough to hold off Clemson’s offense. What worries me is Iowa State’s ability to sustain their practices and rack up points against the best defense they’ve faced all season. Another key part of the game will be the field position battle. If Clemson wins in this area, Iowa State could have a tough day. I hope I’m wrong but I see the Tiger defense controlling this game. It will be tight because of the two defenses, but I’m not happy with the result.

Let us know your predictions in the comments below!