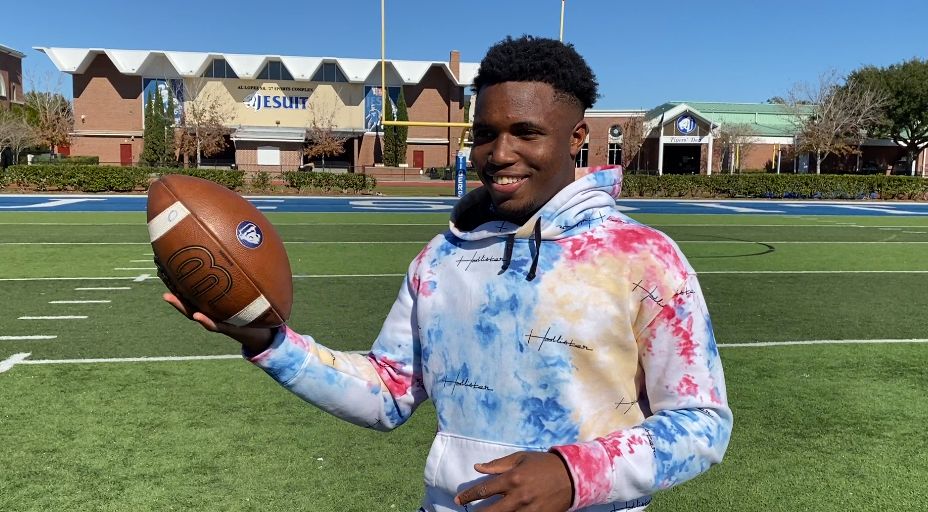 TAMPA, Florida – Few football players have had a season quite like Junior Vandeross.

The Jesuit high schooler who rarely stepped off the field was instrumental in the Tigers’ first state championship since 1968. And he capped off his senior year of high school football by winning one of Hillsborough County’s most prestigious awards. . Can he get better?

“It would be great if it was possible,” Junior said. “So far so good. States were amazing. This event was amazing. I hope God continues to bless me with more amazing things in life.

That’s the thing with Junior. He counts his blessings.

And he was blessed this year. First with a state championship, then with the Bill Minahan Award, an honor given to a football player who demonstrates a commitment to excellence on and off the field.

Someone who just takes a big bite out of life. And it’s Junior.

Life has bitten him hard, but he fights back. He’s lost count of how many pancakes he’s eaten over the years at IHOP where his mother, Nina, works. As a young boy, Junior used to fall asleep on the counter after doing his homework while his mother finished a shift.

“I watched her work hard day in and day out a lot,” Junior said. “So I mean I get it from her. She’s just a hard working person.

Junior’s mother has been the one constant in his life. His father died of a heart attack when Junior was only 3 years old and his older brother went back and forth in prison. But these two have always had each other.

“We made a pact,” Nina said. “We have everything we have, so we kind of stuck to that. We have always been honest with each other and when we need each other we talk to each other. We let each other know that we love each other all the time.

Nina’s clients and colleagues have heard of her baby boy and his achievements on the football field. There was something to brag about.

“He loves football,” she said. “He doesn’t really care about anything other than football.”

It was one significant moment after another for this former Jesuit. One photoshoot after another. But the Minahan Award, this moment, meant so much more.

“It shows the way I was raised, the character I’ve built, my accomplishments that I have, it’s paying off,” he said, “and it shows others like Bill Minahan, they appreciate those who do this.”