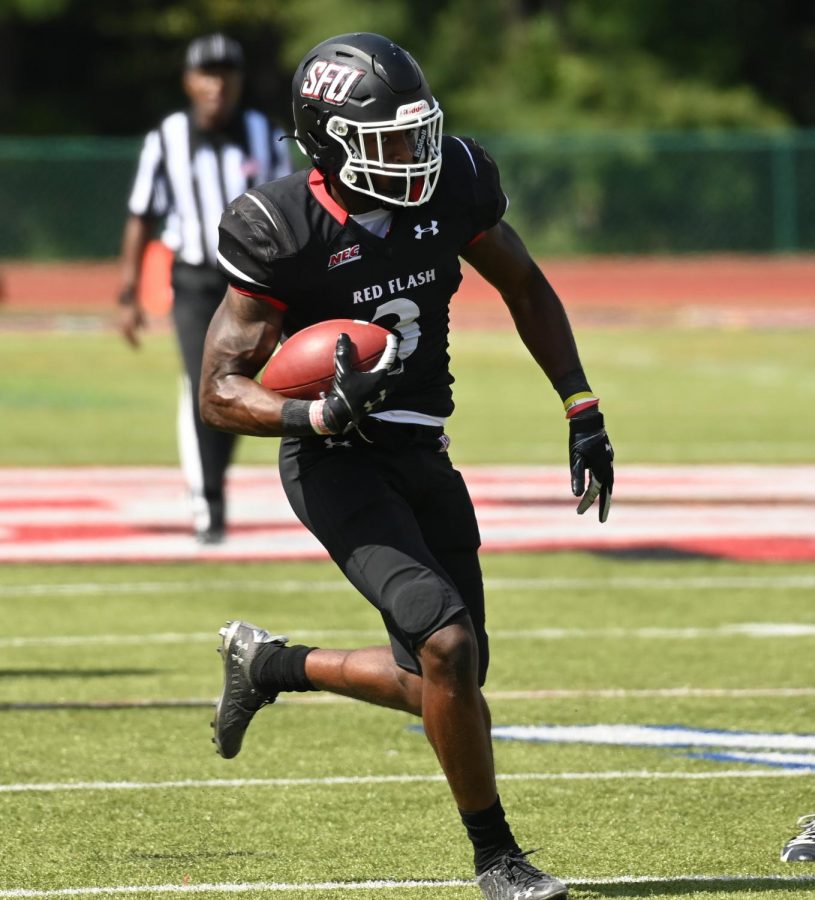 Wide receiver Kahtero Summers is having a stellar year for the football team and is currently second in the Northeastern Conference in yards per game (55.6) and fifth in receptions per game (3.9 ) with two games to play.

The Flash host Merrimack Saturday at noon. This is the last home game of the season and the seniors in the program will be honored after the game.

â€œIt means a lot to be able to help my team with their success this season,â€ said Summers. “It has been an exciting season and I am blessed to be a leader on this team.”

SFU enters the game against the Warriors with an overall record of 4-5 and a 3-2 rating in the NEC.

Summers is a sophomore in a red shirt due to a COVID-19 year granted by the NCAA after blasting his freshman year in 2018. Originally from Providence, Rhode Island, who moved to Coatesville, Pa., When he had 11-year-old Summers played at Coatesville High School for head coach Matt Ortega, who is a Saint Francis alumnus.

“Ever since Kahtero came here you could see the physical tools were there for him to be an elite college football player,” said SFU offensive coordinator Marco Pecora.

In addition to leading his team in the field, Summers is also a leader off the stat sheet.

â€œWhat’s amazing about Kahtero is his maturity off the pitch – he’s become a real leader and a captain,â€ said Pecora.

“His ability to help other team members with their game really made his success on the pitch special.”

Summers recorded just 14 receptions in the 2019 season for 189 yards, but recorded an impressive number this season and entered the Merrimack game with 35 catches for 498 yards and seven touchdowns.

Playing away has given the 6-foot-3 wide receiver some favorable head-to-head matches all season, which he has enjoyed.

â€œIt was a constant battle, but I just worked hard,â€ Summers said.