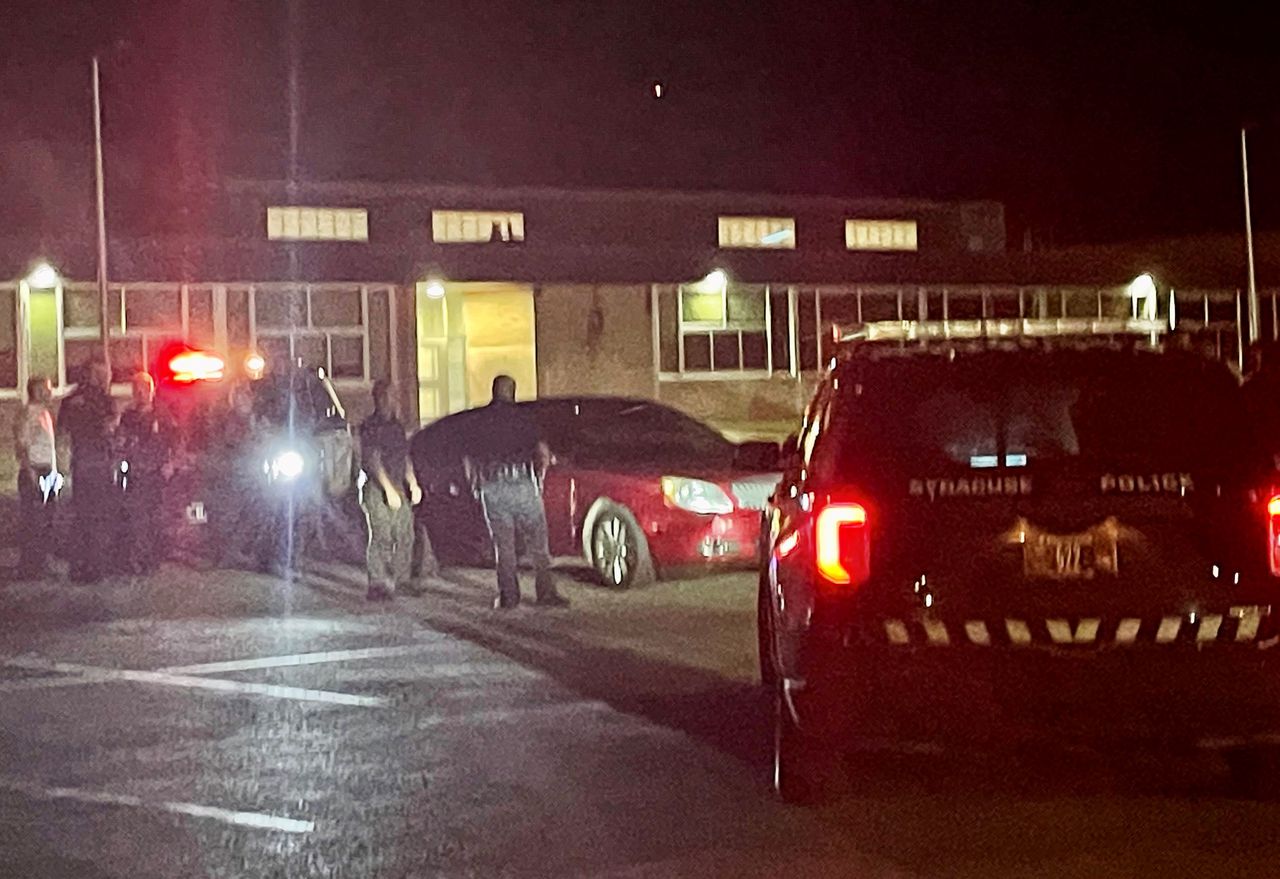 Syracuse, NY — A semi-pro soccer game at Meachem Field ended early Saturday night after multiple gunshots were heard from a nearby parking lot, according to witnesses on the field.

A scuffle and gunshots were reported around 8:55 p.m. in a parking lot near the lot at 121 West Seneca Turnpike, Syracuse Police spokesman Sgt. Thomas Blake said Saturday night.

The shots were fired near Clary Middle School at 100 Amidon Dr.

Before the shots were fired, a few spectators in the stands started fighting during the fourth quarter of the Empire Football League game, said Joseph Casiano Jr., owner of the Syracuse Smash.

Security hired by Casiano broke up the fight, he said.

“(A man) got in his car and people started leaving right away,” Casiano said. “Our security started trying to find the person on foot to see if he had any ID on him. Out of nowhere, people started hearing the gunshots.

Casiano said he heard several gunshots coming from the parking lot near the field. Initial dispatch reports said a 911 caller at the scene heard 10 shots.

A person suspected of firing the shots was seen running north on South Salina Street, dispatchers said. He was described as wearing a blue baseball cap, black shirt and blue jeans, according to news reports.

Police in the parking lot were seen speaking with onlookers shortly after the shooting.

Responding officers found evidence of gunshots, Blake said. A vehicle was hit by the gunfire, he said.

People were also fighting in the parking lot when officers arrived, Blake said.

No victims were found and no suspects were taken into custody Saturday night, Blake said.

The Syracuse Police Department is asking anyone with information to call them at 315-442-5222.

Writer Fernando Alba covers breaking news, crime and public safety. Do you have advice, an idea for an article, a question or a comment? Contact him at 315-690-6950, at [email protected]or on Twitter at @byfernandoalba.