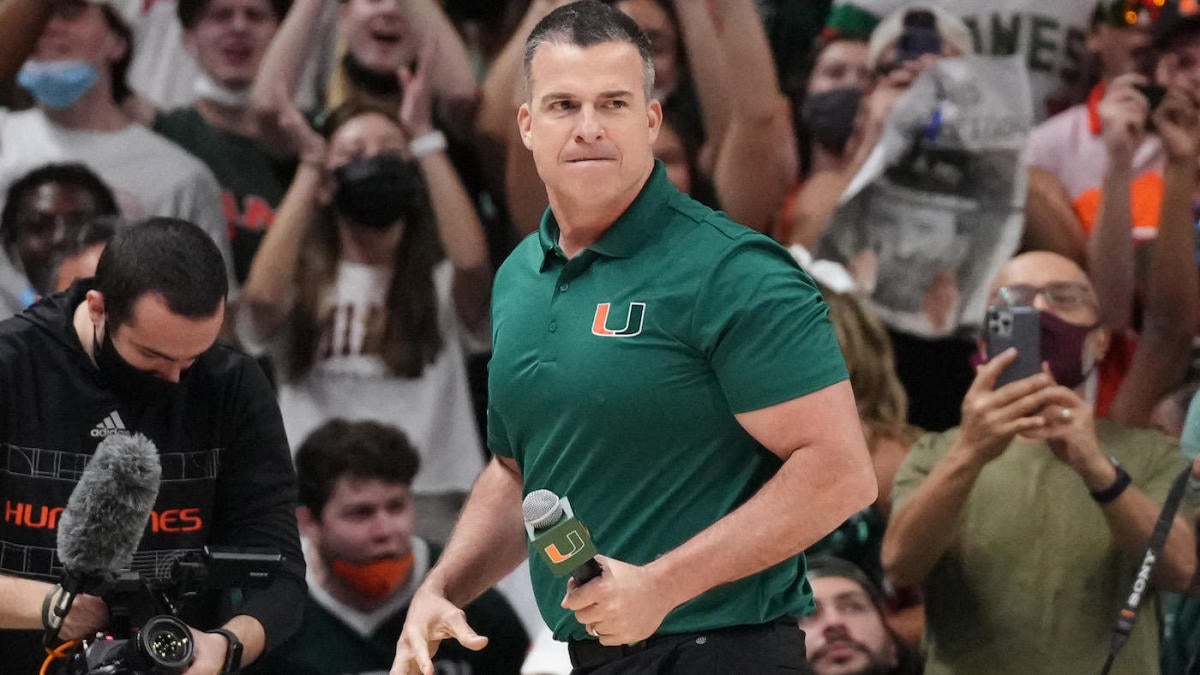 Well this offseason, in a long-awaited response, “The U” convinced Mario Cristobal to leave a playoff-adjacent new fund program at Oregon to return to the beaches of Coral Gables. He also robbed Clemson athletic director Dan Radakovich, one of the driving forces behind the Tigers’ ACC dynasty, and also nabbed Broyles Award-winning offensive coordinator Josh Gattis from Michigan and picked veteran assistant Kevin Steele. to lead the defense.

To call Miami’s spring game the start of a new era is an understatement. In front of a sold-out venue at MLS Inter Miami’s DRV PNK Stadium, Saturday marks the Hurricanes’ reintroduction to the world of high-level college football.

Even two decades after their last national championship, the mystique behind “The U” remains. Between 1983 and 2001, the Hurricanes won five national championships under four different coaching teams. No other program has won more than three during this period. Amid external criticism, the university finally held its ground and swung for the fences.

“The University of Miami is an institution dedicated to the pursuit of excellence,” Miami President Julio Frenk wrote in September. “As our football team prepares to kick off the conference game tonight, I want to make it clear that the Board of Directors and I, as Chairman, recognize the essential part of our brand and reputation derived from the athletics and we are fully committed to building championship-caliber teams at the U.”

Cristobal, of course, embodies this Miami culture. He grew up in the city and played ball in high school before playing the offensive line on national championship teams in 1989 and 1991. He later served as the head coach for the Miami-based FIU before forging the reputation as possibly the best Florida scout in America while at Alabama, including National Scout of the Year honors from 247Sports in 2015 after the Tide signed Calvin Ridley and Ronnie Harrison of State.

After being promoted to head coach at Oregon, Cristobal quickly transformed the program into a national contender. The Ducks went 35-13 under his leadership with three straight appearances in the Pac-12 Championship Game. More importantly, Cristobal landed four consecutive top-15 classes one spot hundreds of miles from elite talent.

If Miami created the perfect trainer for its program in a lab, the result would look a lot like Cristobal. But now the good feelings of splash hiring are taking a back seat. “The U” will be expecting results soon.

Luckily, there’s real reason to be excited when the Hurricanes take to the field on Saturday. Strategist Tyler Van Dyke was a revelation after throwing for over 2,600 yards in just eight starts last season, including 22 passing touchdowns. Early feedback from camp indicates staff believe Van Dyke can be one of the best ACC quarterbacks in the Gattis system.

The defense has work to do after dropping to 75th in total defense last year, but the talent has never been in question. Six of the top eight tacklers return, while former five-stars James Williams and Leonard Taylor is expected to take on bigger roles in Year 2. More importantly, Steele will have to find a way to bring back the swagger that characterized the great Hurricanes defenses of the past.

Outside of Lincoln Riley joining USC, there’s perhaps no more high-profile coaching change in college football than Cristobal joining “The U.” Managing expectations, both publicly and in one’s own locker room, can be a real challenge for first-year head coaches.

However, with the challenge comes the opportunity to reintroduce one of college football’s most historic programs on the national stage. “The U” is back on Saturday – at least for a day.