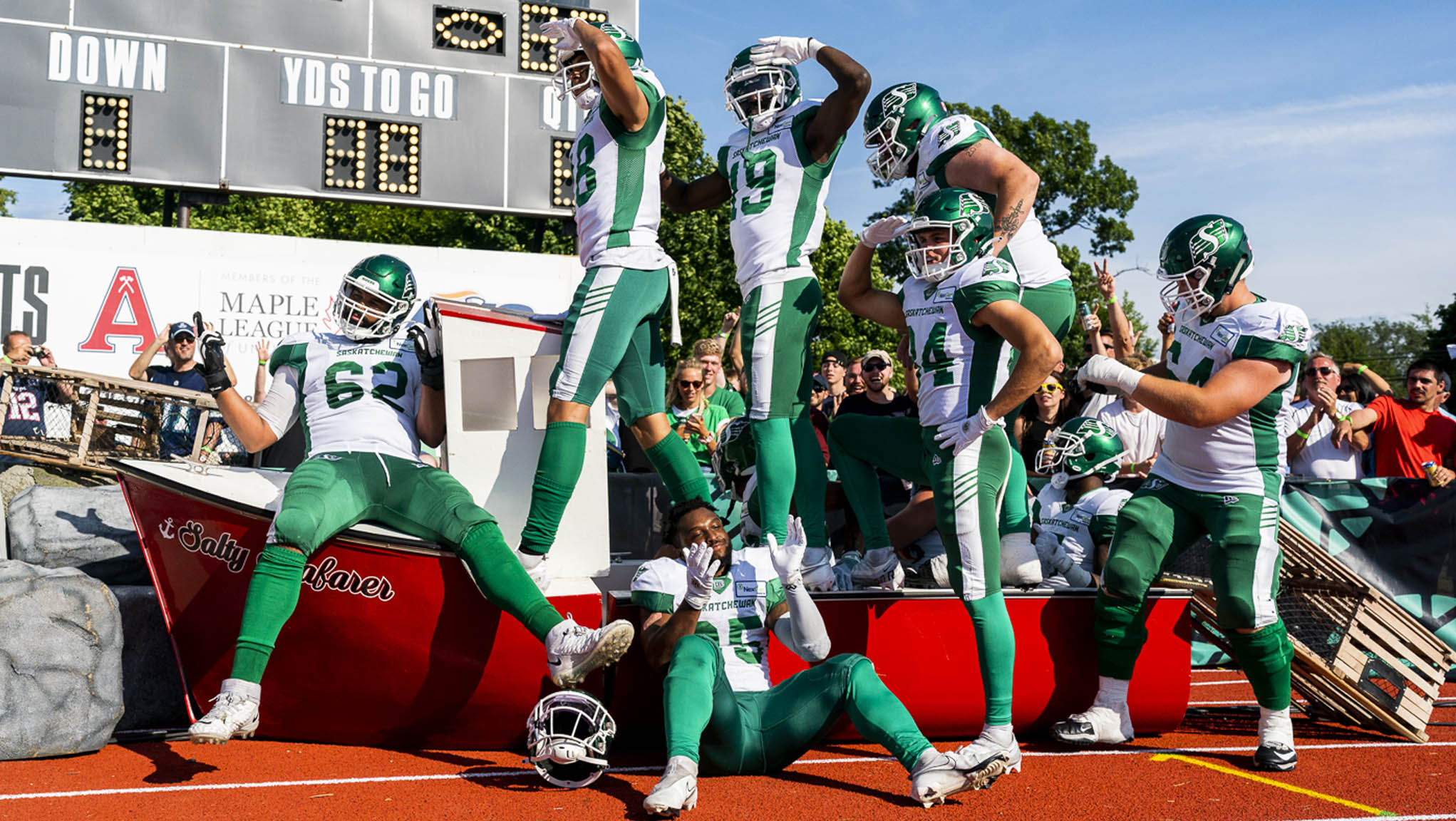 WOLFVILLE — With dramatic loss still freezing in his mouth, Derrick Moncrief stopped and took one last moment to absorb his surroundings.

The Saskatchewan Roughriders found themselves on the wrong side of a last-minute 30-24 loss to the Toronto Argonauts. It was a passionate and emotional game that totaled 25 penalties for a total of 285 yards. The loss dropped the Riders to 4-2 in what is already an extremely close race in the West Division.

Still, the Riders linebacker wanted to address some of the 10,866 fans who made their way to the Acadia University campus.

“It was a great atmosphere,” Moncrief said. “Definitely have to do it again. It was fun. Loved every bit of it.”

RELATED
» Recap: Argos claim victory over Riders at TDA
» Through the Lens: Riders and Argos Meet at TDA
» Watch: Argos takes the lead on a pick-six

“I’m definitely coming back here,” Moncrief continued. “I want to come back here and enjoy it. I like water. I love seafood. We tried to enjoy it, but came on a business trip. You have to enjoy it at your own pace.

The Riders and Argos likely won’t agree on much after Saturday’s game, but they all seemed to be enjoying their time on Canada’s east coast.

“There’s a lot of greenery there, it’s great that the Rider fans are traveling like they always do. I thought it was a great environment. We would like to come here and play more.

It was a small crowd by CFL standards, but the more than 10,000 fans at Raymond Field were treated to one of the most entertaining games of the season and watched it all unfold on a hot summer day. ‘summer. Dinwiddie is right to spot the splashes of green in the crowd, but the Argos had their supporters too; especially when they started racking up points in a quick second quarter.

“Even when the game was over, our players were there to thank the fans who came out,” Riders head coach Craig Dickenson said.

“It was really fun. All in all, it was a really great trip. We feel lucky and happy to have been in Touchdown Atlantic. We wanted to win this game. But take the loss out of the equation. It was a successful week on many fronts.

There were moments on Saturday before, during and around the game that shone. The crowded festival grounds adjacent to the stadium; the pre-game ceremonies, the drum and bagpipe line and the flyover.

House to rest, a relatively standard stadium/arena anthem at sporting events, took on a sense of authenticity when it blared over the speakers in Wolfville and fans got up and danced. It was a unique and fun day, wrapped around a compelling offering of Canadian professional football, even if the emotions on the pitch were higher than usual.

“Don’t get me wrong now, it was a party,” said Henoc Muamba, Argos linebacker and St. Francis Xavier alumnus.

“We had a lot of fun there. It was an incredible atmosphere. The east coast, Atlantic Canada, really appealed to us. Were excited. We all had a lot of fun and again, it’s always good to win.