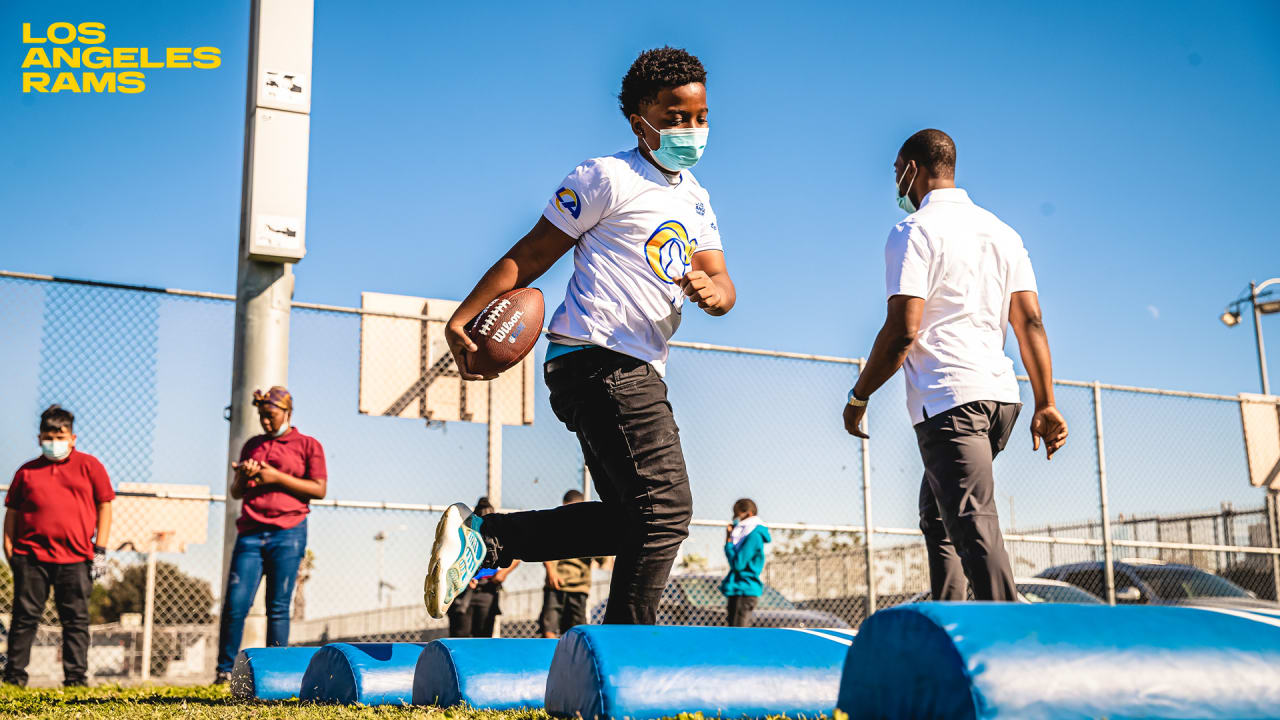 The Rams have partnered with Beyond the Bell (BTB) to launch a flag football league for college students in the Los Angeles Unified School District (LAUSD). To commemorate the league, the Rams are providing reversible jerseys to 5,028 students at 110 LAUSD colleges. Each school will also receive flag football kits with soccer balls, flag belts and kicking tees.

“Our college athletic program is possibly the largest, free, in the country,” said Howard Serpas, regional director of LAUSD Beyond the Bell Branch. “When the LA Rams came back to town they did an amazing job helping us with everything we do. You know 90% of our schools don’t have the funding to get jerseys to play there, so a lot of our kids go out there with t-shirts, or whatever they can get, duct tape on the back to put a number on. So having jerseys for every student in college is amazing and c ‘that’s exactly what the LA Rams did for us. “

“Throughout these colleges it is possible to use the power of sport, through the vehicle of football, to unite individuals, teach transferable life skills and create an opportunity to play football in safety,” explained Johnathan Franklin, director of social services at Rams. Justice and football development. “We are really excited to provide access and opportunities through football. It is a chance for these students to dream beyond their realities and bring experiences beyond the X’s and O’s to the pitch. . “

Rams Legends Brandon Manumaleuna and Deral Boykin joined the assemblies to engage students in discussions moderated by Franklin. Conversations focused on the importance of education, persistence, staying active and how the skills developed through flag football can translate into tackling football.

“I had a brother or sister who passed away when I was younger. It helped me refocus, move forward and not see it as so negative,” said Brandon Manumaleuna, Rams Legends. “This is what I wanted to share with the kids because during this pandemic we all had issues with family members who have passed away. I know a lot of kids have issues with this. I just wanted to give them some hope. “

After each assembly, the Rams hosted a one-hour football clinic for the students, where they had the opportunity to practice football and play a controlled game of flag football.

“We did drills like sprinting, running, catching the ball and it was really fun,” said a sixth grader from Sepulveda High School. “I felt like a soccer player. I’m not a soccer player, but it was nice. The motivation around me was just nice.”

BTB offers a free after-school intramural sports league on campus for LAUSD schools. Over 5,000 students in 110 colleges play in three divisions and over 180 teams. The teams play in all LAUSD, from the San Fernando Valley to South Bay and from West LA to East LA. Flag Football League is an 8-week season, comprising a regional tournament at various school venues and a city-wide championship.

To learn more about the efforts of the Rams community, please visit www.therams.com/community.