Ann Teague and her husband Jimmy share a moment during a halftime ceremony dedicating the pitch in her honor Friday night at Community Stadium. 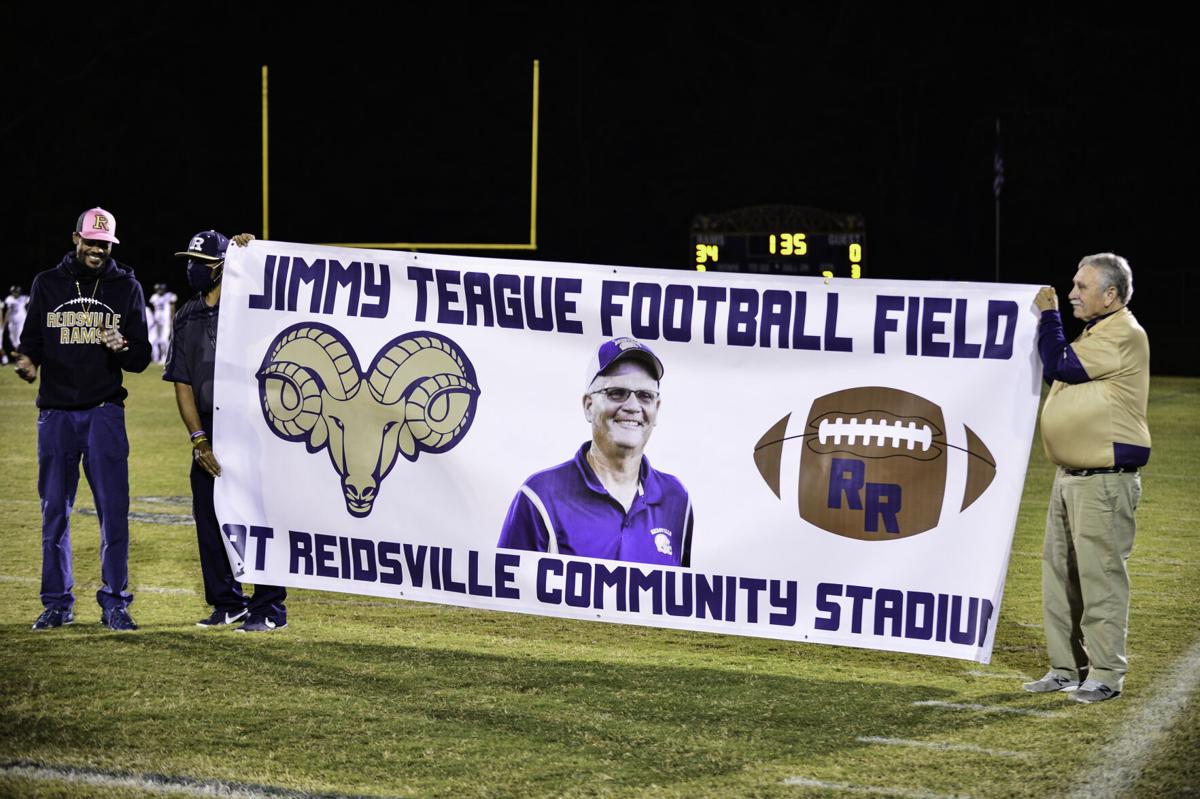 Reidsville Senior High School and community members surprised head football coach Jimmy Teague at halftime in the Rams football game against McMichael with the field dedication in his name at Community Stadium on October 22.

The surprise ceremony, which has been brewing for months, took place moments before the second half kicked off with Mid-State 2A commissioner Jerry Talley as emcee.

Talley, along with veteran Reidsville chief statistician Dale Hagwood and RHS athletic director Joe Walker, pitched the idea for the dedication and circulated a petition which was signed by hundreds of people in the community and ultimately approved by the Rockingham County School Board.

Walker, who played for Teague from 1992 to 1996, later became an assistant coach. Now, in his current role as the Rams’ athletic director, he has been an eyewitness to the positive development of a football program that had not won a state championship since 1970 before he arrived.

â€œI work very closely with Coach Teague, and he has really done a lot for our kids and always puts them first,â€ Walker said. â€œHe works countless hours and created a winning system. We have 22 state championships and I think he’s been involved in nine of them. We still have good kids, but he created an environment where they can come in and be a champion. He put all the ingredients together and many different student-athletes have come here and won championships. It’s basically ‘the Teague way’.