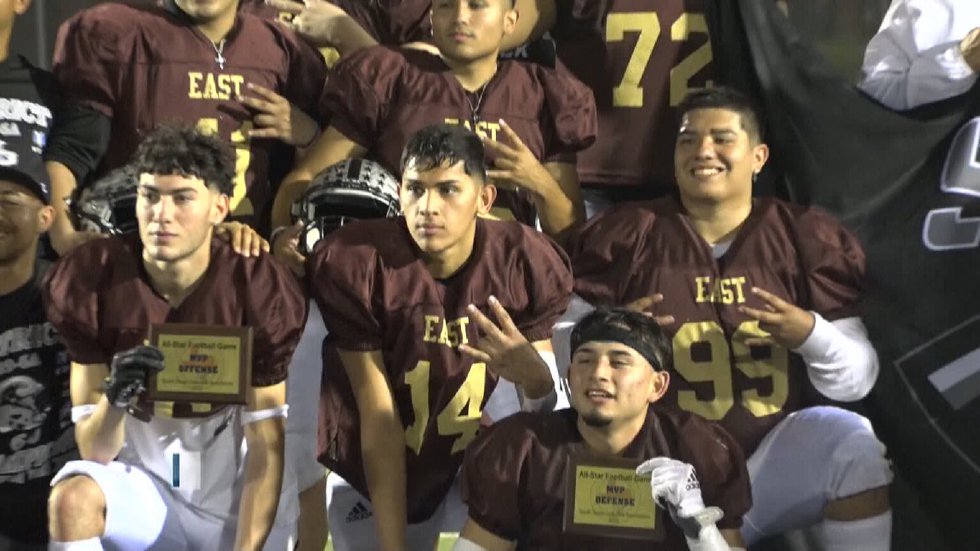 LAREDO, TX (KGNS) – Seniors from southern cities got a chance to wear their colors one last time in the All-Star Game.

The South Texas All-Star Game was back for the first time since the pandemic.

After that, United South’s Javier Rodriguez and Armando Garza were named the offensive and defensive MVP of the game.

United South’s Armando Garza Jr. says: “It was really good. I didn’t know we were going to have this game and then they told us about it so I was excited and then I brought my helmet and knowing that I was going to use it one last time that was cool because for to have another one of these rewards, it really feels good and especially in this game to play with all my friends and all my family seeing me, it feels good.

United South’s Javier Rodriguez said: “It’s brilliant, it’s a great way to send us out into the real world after playing football the first half of high school and not being able to touch it for a long time, like five months, it’s fun to put the helmet back on and get back to the field.