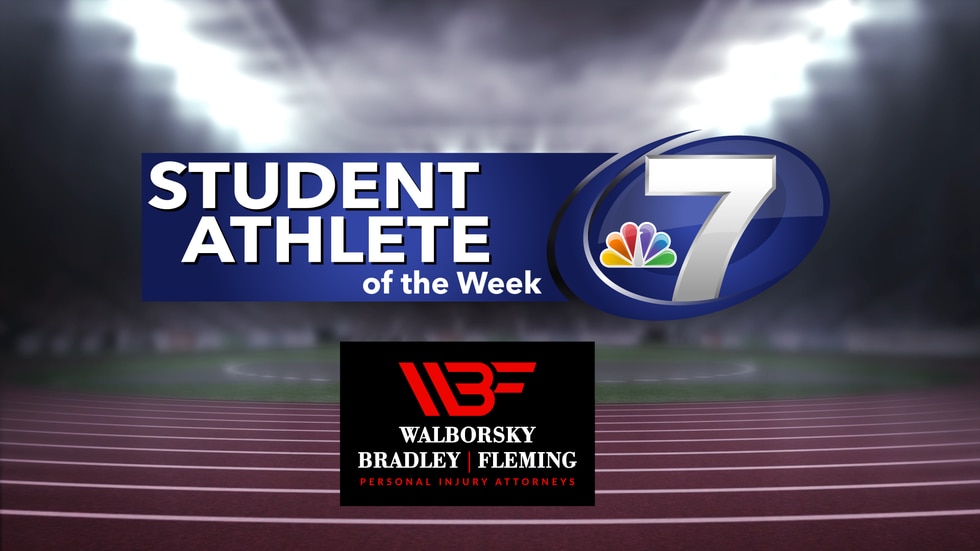 PANAMA CITY, Fla. (WJHG/WECP) — At 6-foot, 215 pounds, Mosley’s Michael Tate stands out simply because of his stature. He is also making a name for himself on the stage, the grill and in the classroom.

“I feel like doing well in both obviously increases your chances of getting into a strong university.” Tate told me. “And I think, as the name ‘student athlete’ says, the student always comes first.” Michael’s coaches say they have nothing to worry about when it comes to this particular student-athlete.

“He’s the real deal.” says Mosley weightlifting coach Clint McRory. “He’s the kind of kid you like to have in your program because he’s going to lead others, and it’s just a countdown. Others will tend to follow him, and that’s what you leaders like that in the classroom, in the hallway and being a good person is part of that, and he is. It’s a class act. Luckily for Michael, he had some positive influences in class. “My parents, they’re a big boost, especially academically. My mum always checks my grades and keeps me straight. Definitely, Avandre Hardy. He’s a great coach who really built me ​​up when I was young, and of course, you know, I can’t forget the new coaches, like coach Whiddon, who brought us into a very historic season Michael takes his game to the next level by playing football at Huntingdon College, but for those watching, the scholarship is an accumulation of commitment.” It is there every day, and as long as the kids see it in there, it gives them a little bit of motivation.” Newschannel 7’s Student Athlete of the Week is sponsored by Walborsky, Bradley and Fleming.