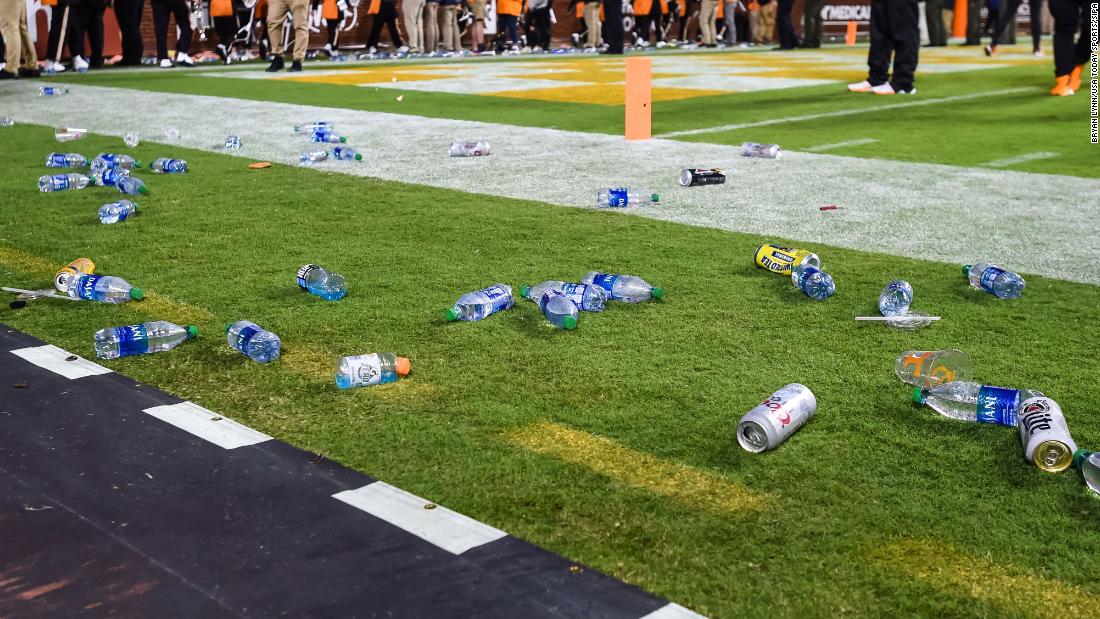 Bottles of water, boxes of pizza and cans of beer littered the field, and a thrown golf ball hit Rebels coach Lane Kiffin.

Southeastern Conference Commissioner Greg Sankey called fan action “unacceptable” and said the league “will review existing Conference policies and the commissioner’s power to impose sanctions and to communicate with the management of the University of Tennessee “.

Kiffin, who was returning to Knoxville for the first time since 2009 when he coached the Volunteers to a 7-6 season, said after the game he felt a sense of relief.

â€œThey were just throwing stuff and I just said put on your helmet and play. Actually, there were people who came to scare us away,â€ Kiffin said from the field. “They are passionate fans, and there are 100,000 people who came to see a show. It didn’t end the way they wanted it to, so that’s what it is.”

Kiffin’s father Monte had to be escorted off the pitch along with Rebels coach’s sister Heidi, according to ESPN.

“The Conference set expectations for behavior and sportsmanship, and the actions of the fans in Saturday night’s game were unacceptable under any circumstances,” Sankey said in a statement. “We are used to intense competition every week, but it is by no means acceptable to endanger contest participants and disrupt a game.”

“I am astonished and sickened by the behavior of some of the Vol fans at the end of tonight’s game”, Plowman wrote. â€œGood sportsmanship has to be part of who we are as volunteers. Behavior that puts student-athletes, visitors and other fans at risk is not something we will tolerate. “

She added that she would personally apologize to Mississippi Chancellor Glenn Boyce for the fan’s actions.

â€œOur Tennessee fan base had a lot to be proud of through 59 minutes of Saturday night football – they created one of the best live sports atmospheres I’ve ever experienced – but what happened in the last minute of the match was unacceptable, â€White said in a statement. .

â€œThe safety of players and fans is paramount at all times. While I am incredibly proud of our team’s efforts on the pitch, I am disappointed that their relentless performances were overshadowed in the final moments of the match by the actions of many. fans whose actions did not represent the volunteer spirit or the true character of our university.