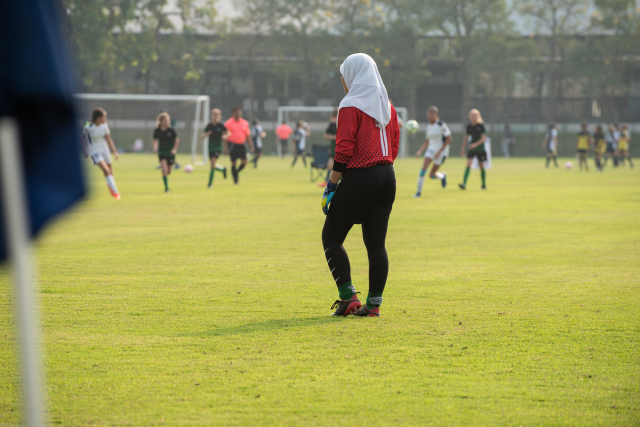 A demonstration demanding the right of women to wear the hijab when playing sports has been banned by the Paris police.

The demonstration, organized by the collective ‘Les Hijabeuses’, was to take place today (Wednesday, January 9).

The collective, which has about 100 members, had planned to play a game of football wearing their hijab, in front of the National Assembly, to protest against a new amendment aimed at prohibiting women from wearing the hijab when they participate in official events. .

The demonstration was to take place from 4:30 p.m. to 6:30 p.m. on the Esplanade des Invalides. The group had already organized a similar demonstration in front of the Senate on January 26.

But late yesterday (8:00 p.m., February 8), the Paris police headquarters issued an order prohibiting the planned demonstration, considering that it would be “likely to cause disturbances to public order”.

the statement says that the police feared that the coup would attract “people other than sympathizers, hostile to the cause, risking clashes with the women”.

He said the subject is “the subject of intense and contentious debate…[especially] in the current pre-election climate and in the international context”.

The prefect of police issues an order prohibiting a demonstration likely to create disturbances to public order.
Check out our press release ⤵️ pic.twitter.com/z5f2ESrzv1

The rules of the French Football Federation prohibit the wearing of the hijab on its grounds, and a new amendment voted by the Senate, which aims to “democratize the sport”, proposes to prohibit “the wearing of overt religious symbols” during the participation in official sports competitions.

The amendment will be debated in the National Assembly today.

In a statement on Twitter, the group Les Hijabeuses wrote: “We have of course filed a legal case to challenge this arbitrary decision. [which is] unjust and completely disproportionate.

The prefecture suspends the Hijabeuses!
Once again, we prevent women from playing.. we explain everything to you in detail. #Let us play #LetUsPlay #Footballforall #SportForAll pic.twitter.com/mlqOxDiu0L