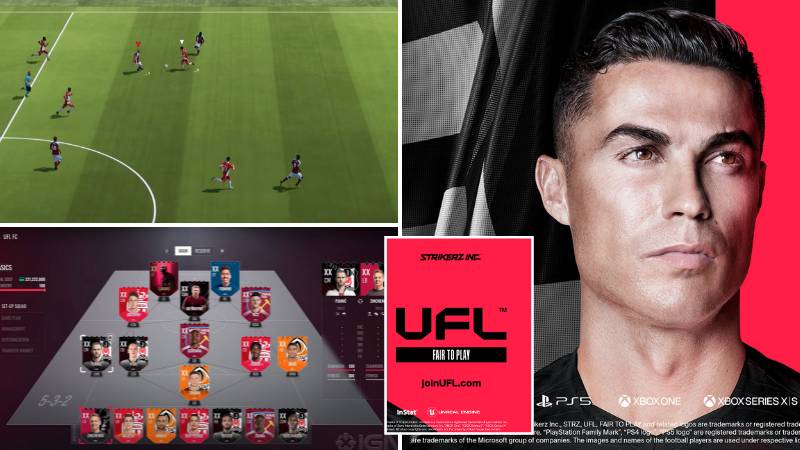 A brand new football simulation will try to compete with players like Fifa and eFootball – and the first gameplay trailer is now officially out. You can watch it below:

UFL is a free experience where online matchmaking will ensure players only compete against those of a similar skill level.

IGN report that “fair to play” online divisions will be linked by promotions and that seasons will run for a full year.

At the end of this year, only one player will be crowned UFL champion.

Strikerz, which develops and publishes the game, will focus on the online aspect of the title, but they’ve also confirmed offline play, 2v2 and 3v3 matches, and some unspecified special events.

The company have already made a huge statement by making Cristiano Ronaldo their star for the upcoming outing, while Manchester City midfielder Kevin De Bruyne is also an ambassador for the game alongside Romelu Lukaku.

Guys, thanks for all the attention, positive comments and reviews. We will be back soon with updates.

We have traveled alone, now we are here with you.

We will do our best not to let you down and build on the foundations you have seen today. @UFLgame pic.twitter.com/MAyEBt6Nu0

“At Strikerz Inc, we have great respect for everything that has been done over the years in soccer video games,” Nashilov said.

“But at the same time, we felt that the community wanted a change.

“Our goal at the UFL is to create a game that is free from the issues that block the progression of the genre.”

He added, “We have given a lot of care and respect to these partnerships because in our case, they are not just for presentation.

“You can call it the UFL way, but we believe there are better alternatives to club partnerships than just buying a license.

“Our goal is to give UFL players another level of connection between clubs and their fans. We will continue to reveal and sign partner clubs around the world, so stay tuned for updates and hot topics throughout 2022.”

Nashilov claimed the game is in its final stages of development before adding that Strikerz will announce the release date when it feels ready.

The title is believed to be released later this year.