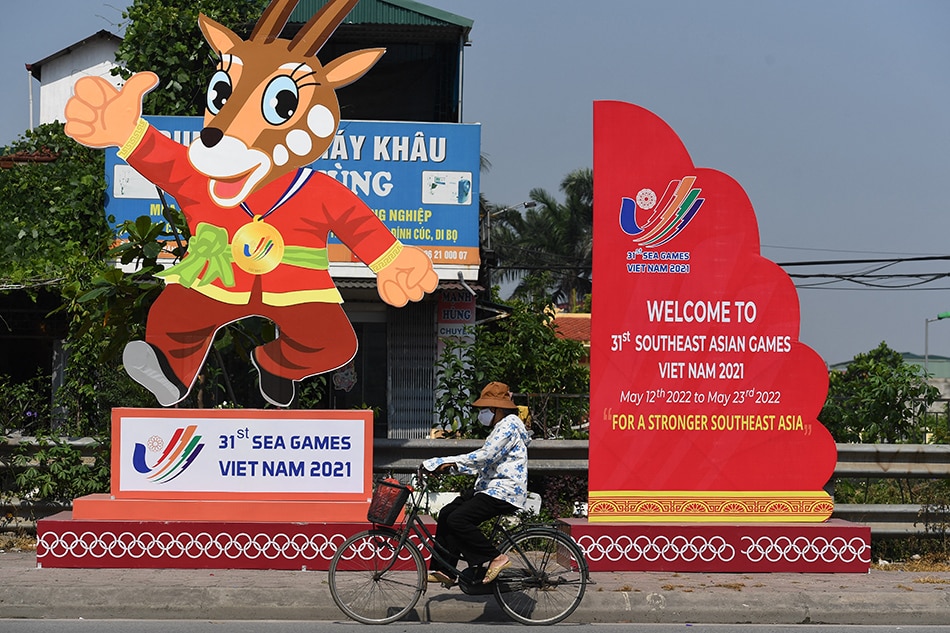 MANILA, Philippines — The opening ceremony of the 31st Southeast Asian Games won’t take place until next Thursday, but two Philippine soccer and beach handball teams will already start battling each other at separate venues on Friday.

Philippine Olympic Committee (POC) President’s representative Abraham “Bambol” Tolentino wished the beach handball and men’s soccer athletes well as they kick off the country’s bid to defend its overall title at the SEA Games which were originally scheduled last November but were postponed due to the pandemic.

“To our ‘Fighting Team Philippines’, I wish you good luck,” said Tolentino, who will fly to Hanoi on Wednesday, a day before the opening ceremony at the 40,000-seat My Dinh Stadium, the same venue where the Vietnam opened its doors. initial hosting of the biennial games in 2003.

Tolentino also reminded the 641-strong Filipino squad to stay safe from the threat of COVID-19. Three athletes tested positive after their RT-PCR tests and according to Tolentino, two of them were cleared after a second test while the third has yet to test negative. Their identities and sports have not been disclosed.

Formalities for the kickboxing events also begin with medical examinations, weigh-ins and technical meetings on Friday with competitions scheduled for Sunday at Bac Ninh Stadium, about 100 km from the main center of Hanoi.

Joanna Franquelli, coach and director of training for the Philippine Handball Federation, said the goal was to improve on the bronze medal at the 2019 SEA Games in Subic.

“We have a chance to get another podium, but everything is unpredictable,” Franquelli said on Thursday. “I just hope we execute our game plan against anyone.”

They are also coached by Aurora Adriano, Luzviminda Pacubas and Tomas Luis Telan. The beach handball final is set for May 11.

Head coach Norman Fegidero’s Azkals Under-23 side are ready for a tough challenge from defending champions Vietnam on Sunday at 8pm, followed by Myanmar on Tuesday at 4pm. They will face Indonesia on May 13 at 4 p.m. to conclude the group stage.

The SEA Games football competitions are restricted to those under 23, but each country could field two athletes from its senior team.

The Philippines are hoping to reach the semi-finals for the first time since 1991.