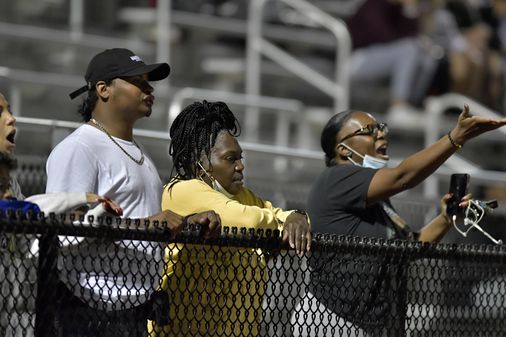 State watchdogs should support diversity engagement with the app

Re â€œA disgrace on the fieldâ€ (Adrian Walker, Metro, September 25) and â€œAllegations to be investigation: Roxbury Prep, Georgetown contradict on racial slursâ€ (Sports, September 25): in light of reports of a blatant display of shockingly poor sportsmanship at a recent football game between Roxbury Prep and Georgetown High School, I wonder where the Massachusetts Interscholastic Athletic Association and the Massachusetts School Administrators’ Association stand in upholding their words of diversity, equity and inclusion? Are players, teams, schools or spectators responsible for grossly offensive behavior? Are matches lost and offenders excluded from schedules or lists? Or is it â€œMaybe it’ll be okay if admins just ask for better behaviorâ€? It’s beyond time for clarity across the state.

The survey requested by Georgetown High has many questions to answer

I read with great sadness Adrian Walker’s column about a blatant racial episode during the football match between Roxbury Prep and Georgetown High School. This led me to ask myself many questions: where were the adults? How did it evolve into a fight where the children feared for their safety? The response from Georgetown officials – to pursue a full investigation – sounds like another version of the empty “thoughts and prayers” members of Congress reiterate after the mass shootings.

From what I’ve read, Georgetown High and everyone on the team owes Roxbury Prep a heartfelt apology and more. There is a lesson here that goes beyond the curriculum that Georgetown officials would do well to include in their “investigation.” It should never have happened.