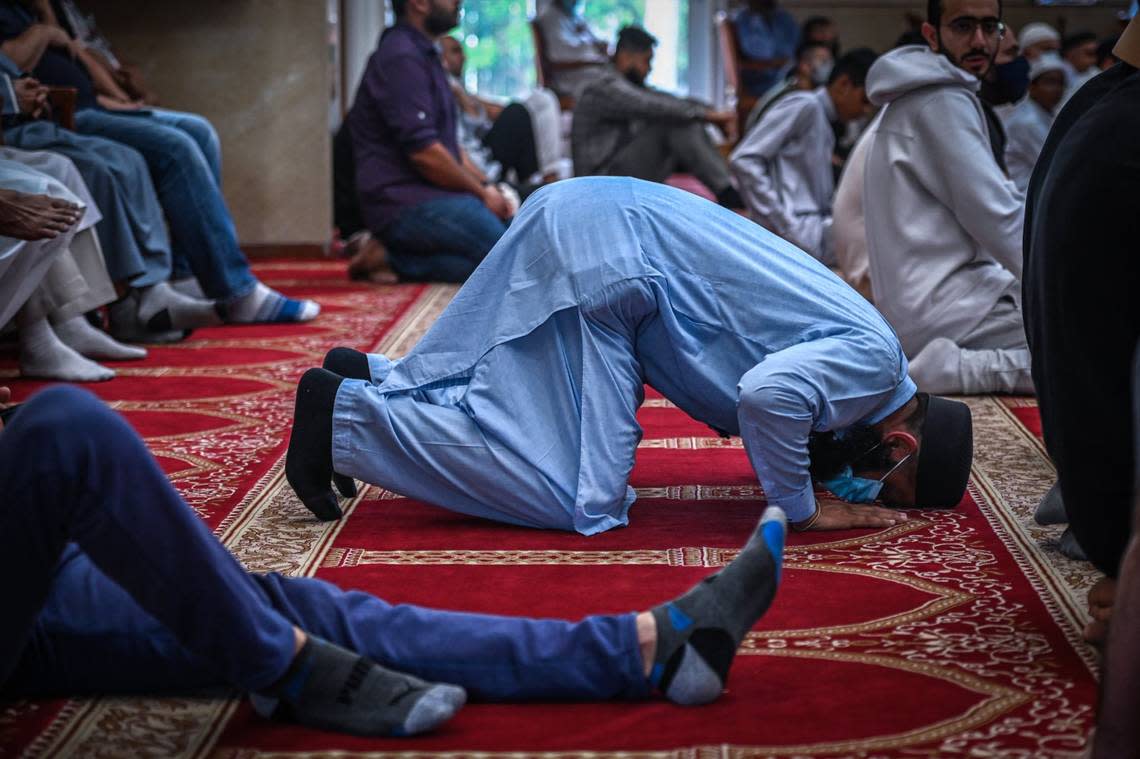 Earlier this week, the United States Supreme Court ruled that an evangelical Christian soccer coach in Bremerton, Washington, had the right to pray on the field after games. What if the coach had been Muslim or Jewish?

That’s what social media influencer and former professional basketball player Rex Chapman asked in a tweet that went viral after the ruling was released. The blogosphere lit up with predictably polarized responses: liberals said Muslim prayer would never be allowed, and conservatives insisted it would be.

I’m not sure, me. But here’s what I do know: we need a non-Christian to test those waters, ASAP, so we find out what each side of the prayer battle really believes.

Starting with the Conservatives, who said they were shocked — shocked! – that anyone would question their commitment to religious freedom for all believers, including Muslims. “So wait – do these people really think Sam Alito and Amy Coney Barrett would hate the idea of ​​Muslim coaches praying alone after a football game?” asked Washington Examiner columnist Timothy P. Carney.

He is right about conservative judges. Indeed, the majority opinion of Judge Neil Gorsuch – joined by Alito and Barrett – feared that if the Bremerton football coach was banned from praying, “a school could fire a Muslim teacher for wearing a headscarf” . I’m sure those judges would respect that same teacher’s right to roll out a prayer rug at the 50-yard line and bow to Mecca after the game.

What would you do?

But it’s reasonable to wonder how many other Republicans would. Remember, this is the same party that sponsored 120 bills in 42 state legislatures aimed at preventing the entirely invented threat of Islamic Sharia. It is the same party that has led efforts to block the construction or expansion of mosques in more than 50 different instances.

Republicans have urged school boards to change history textbooks that are supposed to whitewash jihad – that is, Islamic religious warfare – and make students “susceptible to becoming terrorists”, as accused activists in Florida in 2011. Two years later, Republicans forced a Kansas elementary school to take down a bulletin board on the Five Pillars of Islam after a parent complained it didn’t include ” the killing of infidels,” what she called the sixth pillar of faith. And a Texas social studies teacher quit after Fox News and other Republican outlets published photos of her students trying on a burka as part of a lesson on Islam.

All of these attacks took place during the presidency of Barack Hussein Obama. In 2010, his second year in the White House, 57% of Republicans said they suspected Obama was an outspoken Muslim. That wasn’t true, of course, but it said a lot about Islamophobia in the GOP.

Do you really expect people who have embraced this insult – or who have supported Donald Trump’s ban on travel from multiple Muslim countries enacted by Donald Trump – to agree with a Muslim coach praying on a soccer field? ? If so, you trust Republicans a lot more than I do.

Across the political aisle, I also wonder how many of my liberal colleagues would stick to their principles and stop the Muslim coach from practicing his own cult. Writing in Slate, columnist Mark Joseph Stern accused the Bremerton decision of embracing “a false narrative of faith-based persecution” of Christians. Those facing real danger in Bremerton are “Muslims, Jews, Hindus and atheists”, Stern wrote, “who may now be under thinly veiled pressure to practice Christianity in school”.

I agree. As a Jew – and a civil libertarian – I am terrified of this prospect. What if one of these religious minorities were praying on the football field? And suppose the mob laughs at them, using the kind of insults we saw against Muslims during the Obama years?

Stern described the Bremerton decision as “another maximalist attack on the separation of church and state,” and he might be right. But if he wants to maintain that separation – and remain consistent in his beliefs – he will also have to stop the Muslim coach from praying on the pitch. Would he? Would you?

As for Rex Chapman, he seems fine with worship at school by all religious groups. Responding to his own question of whether a Muslim or Jewish coach’s prayers would be allowed, Chapman tweeted, “They are now. Well!” We need another case of religious minority prayer to find out how many of us think these prayers would be good, and for whom, and why.

Jonathan Zimmerman teaches education and history at the University of Pennsylvania. He is the author of “Who Owns America? Culture Wars in Public Schools.