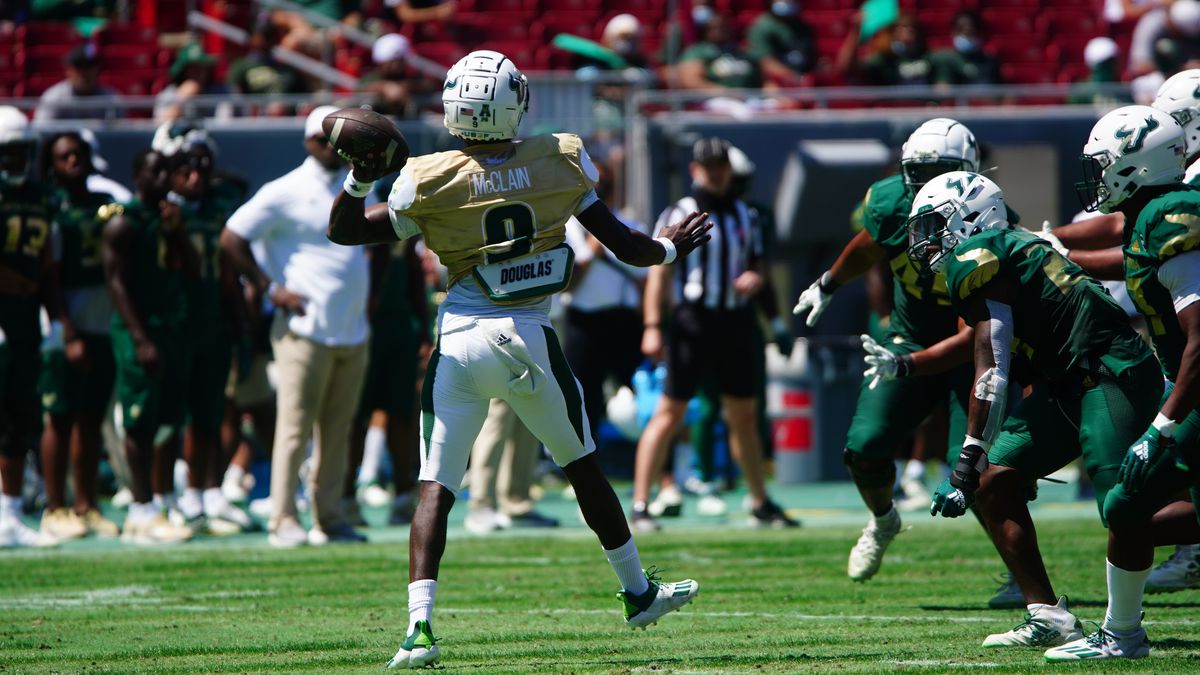 TAMPA — USF is not streaming its April 9 spring football game online or streaming it elsewhere to add a layer of mystery to the Bulls’ home opener on Sept. 3 against BYU.

“I’d rather they get to see the first half of the game in the fall…rather than just put it on a platter and show them,” coach Jeff Scott said Thursday.

Scott’s rationale is specific to his 2022 roster and personnel. The Bulls’ newcomers include a dozen Division IA transfers. Many of them will see significant action this fall, including wide receiver Ajou Ajou (Clemson), offensive lineman Mike Lofton (UCF) and defensive back Amaris Brown (Kansas State). If the Cougars staff can watch the video of these players at USF, they can better prepare for it.

Scott knows this from experience. When he was an assistant at Clemson in 2008, the Tigers opened against Alabama and a huge junior college transfer named Terrence Cody.

“We had no idea who he was until the game started, and we figured out we couldn’t block him,” Scott said. “We wish we had known sooner.”

Scott tries to replicate this advantage with his newcomers.

The Bulls will also look different thanks to new coordinators on offense (Travis Trickett) and defense (Bob Shoop), which adds another layer to Scott’s decision. Trickett hasn’t been a coordinator since 2017-18 (Georgia State), and Shoop last held that title in 2018-19 (Mississippi State). That means the Cougars will have to break down the dated video of the wizards’ schemes and guess how they changed after spending time elsewhere.

Scott said the perk doesn’t relate to specific games (which are usually vanilla in a spring game, anyway). It’s a matter of alignment. How do defensive linemen position themselves? Is the ball carrier one meter behind the line or one and a half meters?

“Things that a normal fan watching a game might not notice, but coaches seeing that, you can sort of see the DNA,” Scott said.

And if it takes a series or two to figure out those details in September, it could be the difference in a game that was decided by a scoreline last year and in 2019.

The tradeoff is that fans who can’t be at Raymond James Stadium next weekend will have less access to the team at a time when the Bulls are looking for support as they push for an on-campus stadium. Scott called this side effect “unfortunate”.

“I hate it for some fans who might not be able to make it,” Scott said, “but I think the #1 thing every fan wants to do is win.”

And he thinks that decision in the spring will increase his team’s chances of making it happen in the fall.